The cocktail of beneficial bacteria passed from mother to infant through breast milk changes significantly over time and could act like a daily booster shot for infant immunity and metabolism.

In a world as diverse as our own, the journey towards a sustainable future will look different depending on where in the world we live, according to a recent paper published in One Earth and led by McGill University, with researchers from the Stockholm Resilience Centre. 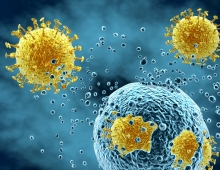 Research led by McGill University and Queen’s University Belfast has found that viruses can ‘hijack’ an existing molecular process in the cell in order to block the body’s antiviral immune response to a viral infection.

The results of the study have been published in the journal Molecular Cell. 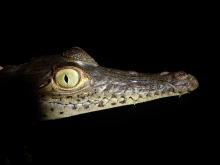 Crocodiles are resilient animals from a lineage that has survived for over 200 million years. Skilled swimmers, crocodiles can travel long distances and live in freshwater or marine environments. But they can’t roam far on land. 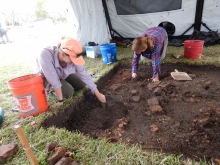 Women today represent two-thirds of all Canadian doctorates in archaeology, but only one-third of Canadian tenure-stream faculty. While men with Canadian PhDs have done well in securing tenure-track jobs in Canada over the past 15 years, women have not, according to a new study from McGill University. The current COVID-19 pandemic is likely to exacerbate these existing inequalities.

Mini-Neptunes and super-Earths up to four times the size of our own are the most common exoplanets orbiting stars beyond our solar system. Until now, super-Earths were thought to be the rocky cores of mini-Neptunes whose gassy atmospheres were blown away.

How accurate are first impressions on a first date?

The high stakes of first dates require would-be partners to make and interpret first impressions. But, can we rely on these first impressions to accurately assess someone’s personality? According to researchers from McGill University, the answer is yes, although it may be more difficult than in more casual settings.

Happiness really does come for free

Economic growth is often prescribed as a sure way of increasing the well-being of people in low-income countries, but a study led by McGill and the Institute of Environmental Sciences and Technologies at the Universitat Autònoma de Barcelona (ICTA-UAB) suggests that there may be good reason to question this assumption.

When the bloom is off: why do some plants produce small and unattractive flowers?

Picture a flower: what do you see? A bright and showy splash of contrasting colours? Well, not all plants produce flowers that are only like that. Some plant species actually produce two types: “normal” ones that look great, and “runts” that are small, never open and, rather than attract pollinating insects, instead pollinate themselves.

Biodiversity is its own catalyst – to a point

For decades, scientists have wrestled with rival theories to explain how interactions between species, like competition, influence biodiversity. Tracking microbial life across the planet, researchers from McGill University show that biodiversity does in fact foster further diversity in microbiomes that are initially less diverse. However, diversity rates plateau with increased competition for survival and space in more diverse microbiomes.

Researchers from McGill University have discovered, for the first time, one of the possible mechanisms that contributes to the ability of lysergic acid diethylamide (LSD) to increase social interaction. The findings, which could help unlock potential therapeutic applications in treating certain psychiatric diseases, including anxiety and alcohol use disorders, are published in the journal PNAS.

Bubbles of methane gas in water around an unplugged oil/gas well in Pennsylvania. CREDIT: Mary Kang 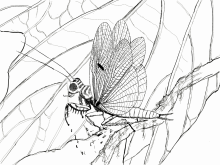 Artist’s interpretation of Labradormantis guilbaulti in liftoff among the leaves of a sycamore tree, Labrador, around 100 million years ago. The interpretation is based on fossils (for the wings) and living and extinct relatives (for the rest of the body). Fossilized sycamore leaves have been found in the same deposits as the mantis wings and show that this new insect species would have lived in a lush warm temperate forest during the Cretaceous. CREDIT: A. Demers-Potvin