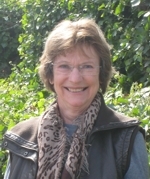 The Lancet commission on Obesity published a report today on the joint pandemics of obesity, undernutrition, and climate change. In the report, the commissioners point to the fact that malnutrition in all its forms, including undernutrition and obesity, is by far the biggest cause of ill-health and premature death globally. Excess body weight affects 2 billion people worldwide, 2 billion people suffer from micronutrient deficiency, and both are expected to be made significantly worse by climate change.

Leaders must take a hard line against powerful commercial interests and rethink global economic incentives within the food system in order to tackle the joint pandemics of obesity, undernutrition and climate change, according to a major new report by the Lancet Commission on Obesity. A key recommendation from the Commission is the call to establish a new global treaty on food systems to limit the political influence of Big Food.

Harriet Kuhnlein, Professor Emerita, McGill University’s School of Human Nutrition and Founding Director of the Centre for Indigenous Peoples’ Nutrition and Environment was one of the commissioners of the report.

1. In the Lancet report on the joint pandemics of obesity, undernutrition, and climate change, there is a call from special attention to be given to Indigenous Peoples, why is this so?

Indigenous People’s knowledge contains many of the keys to address the Global Syndemic. Custodianship of ecosystems and understanding sustainability using nature’s resources create a collective responsibility for common wealth that the planet provides. This knowledge is a powerful global resource that should contribute to thinking of how to improve health of themselves, their communities and their environments, and through them the wellbeing of the planet.

2. Which are the most serious issues facing Indigenous Peoples around the world today when it comes to obesity and undernutrition?

The most serious issues facing Indigenous Peoples around the world today are colonization and societal marginalization with reduced opportunity for viable incomes. Indigenous People collectively represent the severe effects of poverty and disparities that drive obesity and undernutrition. For many Indigenous Peoples climate change exacerbates the loss of their traditional territories and lifestyles.

3. How has climate change contributed to these problems?

The most severe effects of climate change are documented for lands occupied and depended upon by Indigenous Peoples. Examples include: diminishing sea ice in Inuit territories of the circumpolar Arctic that result in reduced food acquisition; extreme desertification and drought in Sub-Saharan Africa and East Africa regions that compromises herd viability of pastoralists; and rising sea levels in the coastal zones of Pacific Island nations that flood traditional farm areas.

4. Typically, First Nations people think of the relationship to the land in a more holistic way – what has been happening to distance them from this approach to food, health and the land?