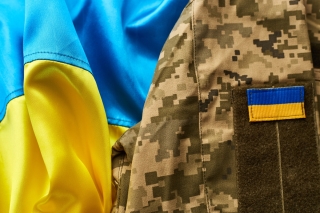 Here are some experts from McGill University who can provide comment on this issue:

“To avoid global warming, we must all act together to eliminate fossil fuels, starting with the dirtiest: tar sands oil and coal. But Russia’s invasion of the Ukraine has split the international community, and sanctions have led to a fossil fuel gold rush. Trudeau proposed a massive increase in tar sands oil production and Germany has re-opened coal power plants. Our leaders are risking a climate catastrophe worse than warming.”

Shaun Lovejoy is a Full Professor in the Department of Physics. His research focuses on climate predictions and modelling.

“Ukrainians have shown remarkable resilience in the face of pro-Kremlin disinformation.”

Aaron Erlich is an Assistant Professor in the Department of Political Science. His research interests include political participation in new democracies, election fraud and political corruption, democratization, and the Former Soviet Union.

“Russia, and before it the Soviet Union, has a long history of being economically isolated. After the collapse of communism in 1991, Russia took massive steps towards global economic integration, all of which has been upended by its war on Ukraine. Russia's economy is now affected by sanctions that impact the value of the ruble and are causing ordinary citizens' living standards to drastically decline.”

Kristy Ironside is an Assistant Professor in the Department of History and Classical Studies. She is an expert on modern Russia and the Soviet Union, with a particular interest in the political, economic, and social history of Russia and the USSR’s twentieth century.

“As Russia’s war on Ukraine drags on and the economic costs for the West, Russia, and Ukraine continue to mount, Ukraine’s allies in the West must do better both in providing ongoing material support for Ukraine and in explaining to their citizenry why pursuing a Ukrainian victory is worth sacrificing for at home.”

Juliet Johnson is Full Professor in the Department of Political Science. Her research interests include post-communist economic policies and memory politics. She is also the Vice-President/President-Elect of the Association for Slavic, East European, and Eurasian Studies.

“Russia is unlikely to bypass the sanctions imposed by the international community via the use of cryptocurrencies. At this stage, cryptocurrencies are not scalable nor liquid enough to be used as a replacement for mainstream form of payments. Furthermore, Western companies and crypto-asset exchanges may impose further limitations. It is nevertheless a good time to speed up the thinking about new forms of digital payments, i.e. how to best ensure compliance with anti-money-laundering and anti-crime financing regulations, while still offering privacy to individual users.”

Katrin Tinn is an Assistant Professor of Finance at the Desautels Faculty of Management. Her expertise includes applied theory in financial economics and information economics.

“Nearly four percent of the Canadian population is of Ukrainian descent, making it the NATO country with the largest Ukrainian diaspora. Partly because of this, there is ongoing domestic political pressure on the Trudeau government to support Ukraine in the face of the Putin regime‘s aggression.”

“Since the beginning of September, Ukrainian forces have changed the dynamic of the war by breaking open the northeastern front of the conflict. They did so by fooling the Russians, telegraphing a major attack to the south and then delivering the big blows much farther north. Military experts agree that the Ukrainians' success reflects both their fighting proficiency (greatly aided by NATO weapons systems) and the startling incompetence of their adversaries. However, Ukraine has only recaptured a small fraction of what Russia has taken from the eastern and southeastern parts of the country, and it is not clear that they can proceed much further without exposing themselves to encirclement. In any case, Putin has shown no signs that he plans to stop this war, the results of which will hurt much of Europe this winter in the form of extremely high energy prices and/or low energy supplies. This will test the western alliance against Russia, which is busily seeking closer ties to Saudi Arabia and China. In the U.S., a quiet and surprising consensus has emerged around ongoing support to Ukraine. This may change slightly if the Republicans take control of Congress in November, and would certainly change quickly if Donald Trump, a Putin acolyte, were to regain power in 2024.”

Jason Opal is an Full Professor in the Department of History and Classical Studies, where he teaches about the U.S. Constitution and the origins and spread of slavery in early America. His work tries to integrate social, cultural, and intellectual history and to shed light on such broad topics as nationalism, capitalism, democracy, and U.S.-Canada foreign relations.

"The current events in Ukraine pose significant challenges for the entire United Nations system, and particularly the UN Security Council, as well as the legal frameworks that exist to regulate armed conflict and facilitate humanitarian assistance. Russia's invasion is also challenging the very essence of diplomacy, which rests on the assumption that states can be encouraged to moderate or change their behaviour. In the case of Russia currently, events both foreign and domestic are being driven by the ideas and beliefs of a single individual, whose moves have been difficult to predict. Western countries, which failed to dissuade Putin from invading his neighbor, must now rest their hopes on two things: first, the capacity of punishing sanctions to test the loyalty of Putin's supporters and make his financing of the war more and more difficult; and second, the ability of a small set of countries who have not condemned his invasion outright — such as China — to have some influence over the Russian leader's behaviour. In the meantime, Western states must do all they can to support Ukraine's fight without crossing a line that would lead to dangerous escalation of the conflict. It's a delicate balancing act that will require the very best from our political leaders and diplomats."

Jennifer Welsh is a Full Professor cross-appointed to the Department of Political Science and the Max Bell School of Public Policy, where she also serves as Director of Centre for International Peace and Security Studies. She is the Canada 150 Research Chair in Global Governance and Security, specializing in the ethics and law of armed conflict, humanitarian intervention and the ‘responsibility to protect’.

“With the conflict in Ukraine now well into its seventh month, supply chains around the world have been reconfigured to adjust to both the interruption in Ukraine’s ability to continue fulfilling its role as a major supplier of both raw material and assembled product, as well as the impact of sanctions on Russian trade imposed by an ever-increasing number of nations. The conflict shows no sign of resolution and global efforts to restart foodstuff exports from Ukraine to nations in great need of such products have had limited success to date. But what of those supply chains with little or no visible Ukrainian or Russian content? Are our North American supply chains immune to this Eastern European disruption? What, if anything, can North American or Asian supply chains do to mitigate the disruption risk as this conflict continues and intensifies, possibly for months? There are evolving supply chain management practices that organizations ought to use to both identify risk and build resiliency and robustness in their operations.”

John Gradek is a Faculty Lecturer in the School of Continuing Studies, where he coordinates the Supply Chain and Operations Management and Integrated Aviation Management programs. He has held senior roles at Air Canada in operations, marketing and planning and has worked in the development and the delivery of commercial airline management programs for the International Aviation Management Training Institute. He is currently an adjudicator with the Transportation Appeal Tribunal of Canada.

“The war in Ukraine is causing global inflation of commodities, increasing market volatility and co-movement, and is raising the prospects of major shifts in energy policy and geopolitical risk. Together, these force investors to fundamentally re-think the magnitude and the types of risks in their portfolios for the long-term future.”

Sébastien Betermier is an Associate Professor of Finance at the Desautels Faculty of Management. His research seeks to understand the relationships between risk and return and how these drive investors in their investment decisions and contribute to the development of sustainable pension systems.

“In the case of the Russian invasion of Ukraine, in regions where the threat of war is alive, but the intensity is moderate to low, we may not see an immediate major impact. Inventory levels will remain relatively stable in these regions and — as long as they are not directly attacked — will continue to honor their production commitments even if the conflict extends for years. However, we will see the adoption of a ‘lean’ inventory strategy, producing only enough to sell, not holding any overstock to respond to price hikes or provide emergency shipments. On the other hand, we can expect that Ukrainian suppliers will continue to be reliable and find their way to supply as usual. The difference is that international firms will expect to receive smaller, more frequent shipments from abroad, as opposed to large infrequent shipments and will no longer be able to demand last-minute emergency supplies, or additional goods (on top of what was contractually agreed).”

Juan Camilo Serpa is an Associate Professor of Operations Management in the Desautels Faculty of Management. Over the last decade, he has studied the effect of war on business operations and has tracked over 38,000 production facilities in war-torn regions to understand how their inventory strategies change as violence intensifies.

“Right now, the focus is on helping the Ukrainian people. However, when the time comes to analyze, scholars in humanities will talk about the stories of resistance and patriotism that not only strengthen the foundation of the Ukrainian national identity but reinvigorate the discourse of democracy throughout the world. At a time when it has become impossible to use the word ‘truth’ without quotation marks, the stories of Ukrainian resistance — spontaneous, unrehearsed, and authentic — restore our faith in humanity.”

Lyudmila Parts is an Associate Professor of Russian and Slavic studies in the Department of Languages, Literatures and Cultures. Her research interests include post-Soviet culture, genre theory, and cultural representations of nationalism.

“Ukraine’s successful counteroffensive in the Northeast has liberated dozens of cities and settlements from Russian occupation. Russia retreated but has dug into its goals. Putin ordered partial mobilization and sham ‘referenda’ in the occupied territories aimed at convincing the local population that Russia is there to stay. The mobilization order has triggered some protests in Russia and a sizable wave of Russian men fleeing the country to avoid the draft. As Ukraine pushes ahead with its military goal of liberating its territory, the Russian regime faces some instability at home.”

Maria Popova is an Associate Professor in the Department of Political Science, where she holds the Jean Monnet Chair. She specializes in Ukrainian and Russian domestic politics, with a focus on democracy, rule of law, corruption, anticorruption policies, and legal repression of dissent.