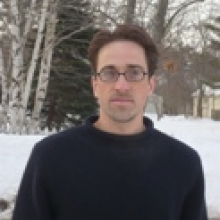 Jason M. Opal studies colonial North America, the American Revolution, and the early decades of the United States. His work tries to integrate social, cultural, and intellectual history and to shed light on such broad topics as nationalism, capitalism, and democracy.

Opal did his undergraduate work at Cornell and his doctoral studies at Brandeis, where he worked with historians such as Jane Kamensky, David Hackett Fischer, and James T. Kloppenberg. His first major project was on the cultural transformation of ambition in the post-Revolutionary New England countryside. It resulted in a 2004 Journal of American History article that won the Organization of American Historians’ Binkley-Stephenson Award and in the 2008 book, Beyond the Farm: National Ambitions in Rural New England, published by the University of Pennsylvania Press. His second project focused on the southern borderlands of the American Revolution and the rise of Andrew Jackson as the leader of an American national concept joining modern property regimes and epic religious narratives. Supported by a Social Sciences and Humanities Research Council grant, this research culminated in the 2017 book, Avenging the People: Andrew Jackson, the Rule of Law, and the American Nation by Oxford University Press. This book was chosen by the History Book Club and the Military History Book Club in the United States and selected as one the “best summer books” in history and law by The Times of London. His recent writings have also appeared in The Washington Post, The Los Angeles Times, Salon, The Walrus, The Conversation, and Jacobin.

His new projects are Most Noble Island: Three Ages of Barbados in the Early Americas and a collaborative project with his father, Dr. Steven M. Opal, on the history of epidemic diseases in American life.

At McGill, Opal teaches surveys of the early United States and the American Revolution as well as more specialized courses on the history of slavery, U.S. foreign relations, democracy, and the family.