Professor; Canada 150 Research Chair in Global Governance and Security; Director of the Centre for International Peace and Security Studies (CIPSS) 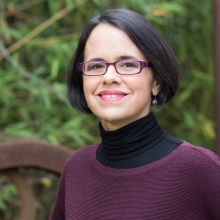 Professor Jennifer M. Welsh is the Canada 150 Research Chair in Global Governance and Security at McGill University (Montreal, Canada). She was previously Professor and Chair in International Relations at the European University Institute (Florence, Italy) and Professor in International Relations at the University of Oxford, where she co-founded the Oxford Institute for Ethics, Law and Armed Conflict. From 2013-2016, she served as the Special Adviser to the UN Secretary General, Ban Ki-moon, on the Responsibility to Protect.

The ethics and law of armed conflict; humanitarian intervention and the ‘responsibility to protect’; the prevention of mass atrocity crimes; United Nations Security Council; history of ideas on intervention; evolution of sovereignty.