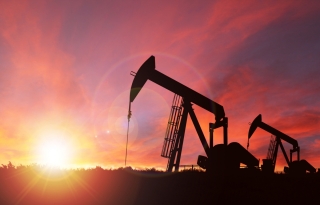 Spending on advertising by major oil corporations has reached an all-time high over the past decade. In a recent paper in Climatic Change, researchers from McGill, Brown and Rutgers Universities tried to determine the factors that might explain this increase (from an average total annual expenditure of $35 million between 1986-1996 for the five biggest companies together to an average of $217 million annually between 2008-2016 for the same companies). The researchers found that the annual corporate promotion advertising space purchases of ExxonMobil, BP-Amoco, Chevron-Texaco, Royal Dutch Shell and ConocoPhillips tended to increase the most at moments when they faced negative media coverage and/or the threat of increased federal regulation.

“We found that the most important factors driving expenditures on promotional campaigns are political and media attention to climate change,” said Jason Carmichael, an associate professor in the Department of Sociology at McGill University. ”Unlike many corporations that use advertising to bolster their reputations, the oil industry appears to use such expenditures specifically to delay or limit political action that might require them to change their business practices.”

The findings also suggest that oil executives are less concerned with public mood on climate change and with the release of major climate change reports, which invariably portray their companies in a negative light.

“This analysis, combined with previous research, demonstrates that ad campaigns in the oil and gas sector are specifically intended to influence how the public and lawmakers think about the climate crisis and whether they act to address it,” said Robert Brulle. He is a Brown University visiting professor based at the Institute at Brown for Environment and Society, and first author on the paper. “It shows that the rise and fall of spending levels is directly related to whether or not climate legislation is being considered.”