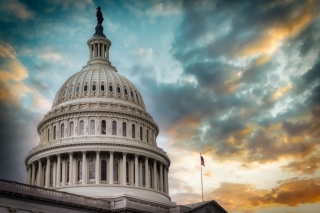 President Joe Biden and Vice President Kamala Harris will deliver remarks to mark the one-year anniversary of the January 6 attack on the U.S. Capitol. The insurrection, which began as members of Congress worked to certify the results of the 2020 presidential election, commanded the nation's attention as violent scenes of rioters attacking officers and destroying parts of the Capitol were broadcast live across the country. (CNN)

“In the past few years, pundits have lamented the decline of democracy in the United States. One must ask: Democracy for whom? The hallmarks of civil unrest and strife in the United States are not the result of a waning democracy or democratic institutions, but rather a ruling class that is trying to maintain the appearance of order and civility while the masses continue to experience social despair and material insecurity.”

“While many view Trump’s efforts to overturn the 2020 election as a dangerous erosion of U.S. democratic norms, they do highlight just how undemocratic existing U.S. political institutions are. As delusional as his efforts to ‘find’ fictitiously missing Trump votes was, the ‘stop the steal’ narrative his supporters spun in the aftermath of the election could only seem remotely plausible in a context where an unrepresentative Electoral College and arcane election rules giving inordinate power to state legislatures turned Biden’s seven million popular vote majority into a situation where a few thousand votes in a few key states could change the election outcome. The modern Republican Party has doubled down on a minoritarian strategy that is far out of step with a majority of U.S. voters, but they are only able to do so because of the undemocratic political infrastructure in which they operate.”

“The assault on the Capitol crystallized the growing polarization of the United States over a host of social, political, legal, religious, and racial issues. The polarization has old roots in distinctive dimensions of American society, although it intensified remarkably during the Bush, Obama, Trump, and now the Biden presidencies.”

“Of all the factors that may account for America's current political crisis, two stand out as the most salient. First, many far-right groups that explicitly reject politics in favor of violence (e.g.; the Proud Boys, the Boogaloo Boys, the Three Percenters, the Oath Keepers, etc.) have merged with core elements of the institutional Republican Party, often at the local, county, or state level; and second, the leader of the Party, Donald Trump, has absolutely no regard whatsoever for the bare constitutional minimum of democracy, that is the basic rules set up in 1787 for a separation of powers, the rule of law, and peaceful transitions of authority. This is what led to the attack on the Capitol on January 6, 2021 and what prevents a due reckoning of those responsible for it, including Trump himself.”

Jason Opal is an Associate Professor in the Department of History and Classical Studies, where he teaches and writes about the US Constitution in different periods of American history. His work tries to integrate social, cultural, and intellectual history and to shed light on such broad topics as nationalism, capitalism, democracy and U.S.-Canada foreign relations.