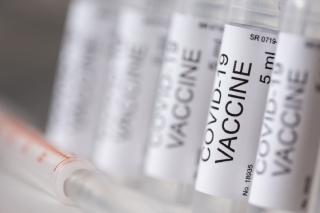 Experts working in the field of vaccine development tend to believe that an effective vaccine is not likely to be available for the general public before the fall of 2021. In a paper published recently in the Journal of General Internal Medicine, a McGill-led team published the results of a recent survey of 28 experts working in vaccinology.

The survey was carried out in late June 2020. The majority of those surveyed were mostly Canadian or American academics with an average of 25 years of experience working in the field.

“Experts in our survey offered forecasts on vaccine development that were generally less optimistic than the timeline of early 2021 offered by US public officials. In general they seem to believe that a publicly available vaccine next summer is the best-case scenario with the possibility that it may take until 2022,” said Jonathan Kimmelman, a James McGill professor and the director of the Biomedical Ethics Unit at McGill University and the senior author on the paper.

Many experts also believe that there may be some false starts before an effective vaccine is available. “The experts we surveyed believe that there is a 1 in 3 chance that the vaccine will receive a safety warning label after approval, and a 4 in 10 chance that the first large field study will not report efficacy,” added Patrick Kane, the lead author, who is a decision scientist and postdoctoral fellow at McGill.

Experts were asked to make timeline forecasts for three milestones in vaccine development. More specifically, experts were asked for their best, soonest, and latest estimates for when each of the following milestone would occur:

The researchers believe that this kind of approach, where people are asked to suggest a range of responses provides a more complete picture of the range of expert belief than media quotes from individuals.

The study also showed that about 1/3 of those surveyed believe that vaccine development may face the following setbacks:

“Our study finds that experts are largely in agreement about the timeline for a SARS-CoV-2 vaccine,” says Stephen Broomell, an associate professor at the Dietrich College of Humanities and Social Sciences, at Carnegie Mellon University. “While this does not track with many overly optimistic government projections, it reflects a belief that researchers are indeed on a faster pace to development compared to previous vaccines."