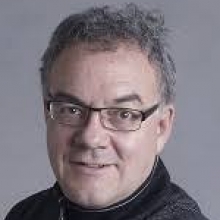 Steroids, thyroid hormones and derivatives of vitamin A are small liposoluble molecules that regulate development, differentiation and physiological response to diverse stimuli and are essential to the survival of the individual. Natural and synthetic analogs of these substances are used extensively to control a broad spectrum of human diseases including cancer. The effects of each hormone depend primarily on a protein referred to as a receptor. The study of these receptors is important to understand the molecular mechanisms involved in the cellular response to these inducers.

The studies of my group focus on three main areas:

This is a group of novel steroid hormone-like receptors for which the ligands remain unknown. Our research program in this area is aimed at identifying novel hormones and the function of their receptors during development, homeostasis and in cancer cells.

3. The role of the estrogen receptors in breast cancer

Perhaps one of the most exciting long-term hopes in breast cancer treatment is that a better understanding of the role of hormones in mammary differentiation, such as that which occurs during mammary gland development and potentially protects against breast cancer, will lead to new effective strategies in breast cancer prevention and treatment.

Thus, our research is directed at improving our knowledge of the roles of estradiol, an ovarian hormone implicated in the growth and proliferation of normal and abnormal mammary cells. Using in vitro and in vivo approaches, our current objectives are to study the signaling pathways implicated in the activation of its two receptors (alpha and beta) during mammary gland development. It is hoped that our molecular and genetic analysis of orphan nuclear receptors, retinoid action and estrogen receptors will lead to an increase in our understanding of these hormone-based systems which, in turn, will help develop more efficient therapy for treatment of cancer.