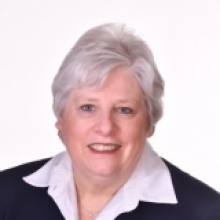 Functions associated with the mouse CEACAM1 proteins: Our laboratory has been characterizing the functions of cell surface receptor proteins named CEACAM1 for carcinoembryonic antigen-cell adhesion molecules. In addition to their role as intercellular adhesion molecules, these proteins also function as negative immune regulators in T and B lymphocytes as well as NK cells, platelets and neutrophils. In addition, these cell surface glycoproteins function as receptors for mouse hepatitis viruses and the human CEACAM1 is the receptor for Neisseria bacteria. Our goal is to understand how CEACAM1 transmits negative regulatory signals to different cell types and the mechanisms by which these proteins perform their function. We are consistently using molecular and cell biology approaches, as well as in vivo genetic manipulation to produce either Ceacam1 gene knockout mice or transgenic mice overexpressing either wild-type or mutant versions of the protein. We are currently involved in the characterization of the associated phenotypes in these animals to understand the functions in an in vivo setting.

Role of CEACAM1 proteins in tumor formation and progression: We have shown that CEACAM1 proteins, normally expressed in epithelial cells, are down-regulated early in the process of epithelial tumor development. By reintroducing the proteins in colon tumor cells having lost their expression, we have shown that these cells no longer behave like tumor cells. The downregulation of CEACAM1 protein expression is one of the major genetic changes associated with colon, liver, endometrial, prostate and breast cancers. We have shown that maintenance of the negative proliferation signals in colonic cells depends on the tyrosine phosphorylation of the cytoplasmic domain of CEACAM1 and its association to the tyrosine phosphatase SHP-1. On the other hand, CEACAM1 expression is upregulated in angiogenic situations. We are currently assessing how the up-regulation of CEACAM1 expression in endothelial cells results in tumor progression in the later phases of cancer development. We are also deciphering the role of the CEACAM1 protein in colon cancer metastasis using in vivo models. Our focus is to understand the mechanisms responsible for the modulation of the CEACAM1 expression and how this can translate into more effective therapies for cancer patients.