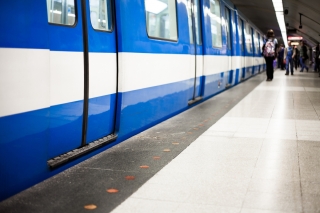 In response to the COVID-19 pandemic, public transport agencies across North America have made significant adjustments to services, including cutting trip frequency in many areas while increasing it in others. In many cases, these changes, especially service cuts, have disproportionately affected areas where lower-income and more vulnerable groups live, according to a new study from McGill University.

The study published in Transport Findings compares changes in public transport service levels across 30 U.S. and 10 Canadian cities, linking these changes to average income levels and regional sociodemographic characteristics like education and unemployment.

Equity unaccounted for in service cuts

Major service adjustments were applied at different rates in different cities. “Many transit agencies did not account for equity factors, so they ended up cutting services in low- income areas that serve vulnerable groups,” says co-author Ahmed El-Geneidy, a professor in the School of Urban Planning at McGill University. Among these are Cincinnati and Toronto. “Only a handful of cities, like San Francisco and Portland, had fewer cuts to services passing through areas with a higher concentration of vulnerable groups.”

The few that did show more sensitivity toward vulnerable groups employed varying approaches, say the researchers. While a couple focused on vertical equity (providing more to those in need of the service) in their service adjustments, the rest concentrated on horizontal equity (providing adjustments equally to all groups). New York, Los Angeles, and Miami added and cut services almost equally across the different income groups.

“Service cuts need to be revised to make sure vulnerable groups who do not have much choice but to travel during the pandemic are getting the appropriate public transit service they need,” says El-Geneidy. The group is undertaking further research to understand why these decisions were made and how to avoid service cuts that harm lower income and more vulnerable groups, many of whom are essential workers.