Older adults are more willing to help others, but mostly those in the same country

Generosity knows no bounds? Not during the COVID-19 pandemic 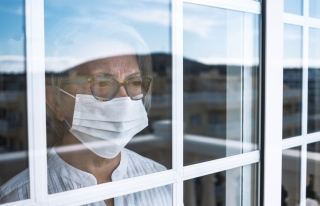 Older adults are more willing to help others compared to younger adults but will prioritize those within their own country – particularly when it comes to donating to charity. This group was also more compliant with public health guidelines for physical distancing during the COVID-19 pandemic, according to a team of international researchers.

In the study published in Nature Aging, researchers from McGill University, the University of Birmingham, University of Oxford, and University of Vienna examined prosocial behaviour around the world using a global survey of 46,500 people from 67 different countries in the early phase of the COVID-19 pandemic.

The researchers found that older adults had stronger self-reported preferences for people in the same country. They were also more likely to report identifying with their country and agreed more strongly with statements such as “my country deserves special treatment.”

The researchers found that older adults in nearly all countries reported that they would donate more money overall compared to younger adults. These findings remained the same when researchers accounted for other factors that change with age, such as people’s wealth. However, looking at donation amounts to national and international charities separately, the researchers found that younger people gave more equal amounts to charities at home and abroad.

“We found that older people were much more likely to donate to a cause in their own country but less to an international charity and strikingly, this was true across most of the countries in our study,” said lead researcher Jo Cutler, from the University of Birmingham School of Psychology and Centre for Human Brain Health.

“It is important to understand how and when individuals are willing to help others. This insight might help to engage people in prosocial behaviours, and to comply with public health measures," says Jonas Nitschke, a former PhD student at McGill University and Postdoctoral Researcher at University of Vienna.

The researchers also tested participant’s inclination to comply with public health physical distancing requirements by asking a number of questions about how much they were limiting contact with others. People gave their responses on an 11-point scale, from “strongly agree” to “strongly disagree.” They found older participants were more likely to physically distance, with agreement increasing by around 0.18 for every 16-year increase in age. These results also remained the same when accounting for peoples self-reported health, which also changes with age and might impact on how much people distance.

Importantly, the team found their results remained consistent even after considering other factors like how wealthy each country is, the severity of the pandemic at the time data was collected, and participants’ perceived risk of catching the virus.

“Increased prosocial behaviour, including helping, cooperating, and donating, is shown around the world for older adults compared to younger adults. However, whom people are willing to help seems to change as people age,” says senior author Patricia Lockwood of University of Birmingham’s Centre for Human Brain Health. “As the challenges of the 21st century become increasingly global in nature, and rely on people helping others, it is vital we understand how different age groups might respond.”