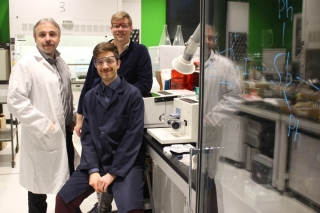 Research from McGill University topped Québec Science’s annual list of the 10 most important scientific breakthroughs. This year, Günther Grill, Bernhard Lehner, Tomislav Friščić, Heidi M. McBride, Samantha Gruenheid, and Ehab Abouheif were recognized for their trailblazing work, by a jury of researchers and journalists reviewing the most influential discoveries made in Quebec.

Here is a closer look at the selected discoveries: