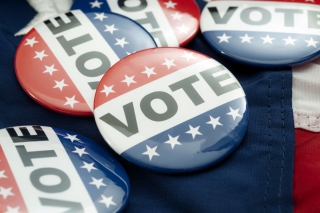 Control of the U.S. Congress hung in the balance early Wednesday as Democrats showed surprising strength, defeating Republicans in a series of competitive races and defying expectations that high inflation and President Joe Biden's low approval ratings would drag the party down. (CBC News)

Here are some experts from McGill University who can provide comment on this issue:

“Despite having historical precedent and pre-election polling on their side, the anticipated Republican “Red Wave” did not crest on Election Day. Most notably, many of the most extreme, “Big Lie” endorsing, Trump-backed candidates lost. But even with a slim majority in the House, Republicans can do a great deal to block any remotely progressive legislative initiatives and tie up the White House with months of investigations. For their part, Democrats dodged a bullet, but had to scramble in states that are traditionally “blue” such as New York and Maryland. Democrats largely shied away from economic issues that affect everyday Americans. It showed in the lackluster working-class support for Democrats. Meanwhile, traditional Democratic issues proved popular last night, even in “red” states. This suggests that support for a more progressive political agenda may lie beneath the partisan gridlock that will continue to grip Washington for the next two years.”

“In the U.S. midterms, Democrats defied their own expectations (as well as those of Republicans) by holding onto their strongholds in the northeast and in suburbs. The main reason for this is that abortion rights—imperiled after the Supreme Court's decision in June striking down Roe v. Wade—clearly motivated large numbers of Democratic voters. Indeed, three states voted to encode abortion access into their state constitutions. Moreover, the Democrats showed strength as defenders of popular social programs such as Medicaid and of Biden's signature bill on infrastructure. That said, the Republicans still seem likely to take control of the U.S. House of Representatives, and possibly the Senate, although that will likely hinge on a run-off election in the state of Georgia, which is now a battleground state on par with Pennsylvania.”

Jason Opal is a Full Professor in the Department of History and Classical Studies. His work tries to integrate social, cultural, and intellectual history and to shed light on such broad topics as nationalism, capitalism, democracy, and U.S.-Canada foreign relations.