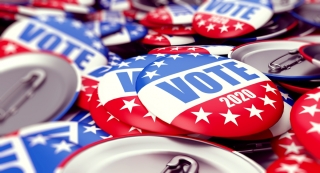 As Joe Biden nears the announcement of his vice-presidential choice, the top contenders and their advocates are making final appeals. The leading contenders include California Sen. Kamala Harris, California Rep. Karen Bass and Obama national security adviser Susan Rice. The selection amounts to the most significant choice Biden has confronted in his nearly five-decade political career. He has pledged to select a woman and is facing calls to choose the first Black woman to compete on a presidential ticket. (CTV News)

“Joe Biden has spent his entire career as a weathervane, adjusting his positions as the political winds shifted. In the 1980s and 90s, this meant that he bragged about slashing social programs, and enthusiastically supported ‘tough on crime’ policies that aggravated many of the problems that motivate #BlackLivesMatter protesters today, including mass incarceration and police brutality. Today, in the wake of #MeToo and #BlackLivesMatter, it means that he knows he must choose a woman, preferably a Black woman, as his running mate. This is progress, and a change from Trump’s overt racism and misogyny. But a more diverse Democratic Party ticket with Biden at the top will do little to solve the problems that have sparked one of the largest protest movements in U.S. history. Beyond the symbolism of potentially naming the first Black woman vice president, Biden’s policies are unlikely to address the calls for racial justice and structural reform that have grown louder in recent months.”

“Biden has two choices for VP: an experienced and known personality to evoke a kind of "return to Obama-style normalcy," or someone who appeals to and represents the progressive-left elements in the Democratic Party. In category one, Susan Rice or Kamala Harris would be the front-runners, while in category two, Stacy Abrams would be the likely champion. Of course, Biden's choice speaks to the larger political tension that runs through his entire campaign, if not his entire career: How to appeal simultaneously to the elusive "Middle America" and to activist/progressive elements at the same time?”