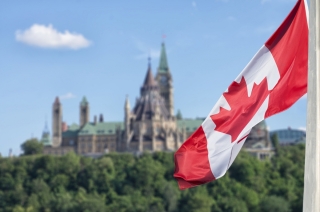 The federal government unveiled its spending plans to manage the remainder of the COVID-19 crisis and chart an economic course in a post-pandemic Canada. The Liberals’ first budget in two years outlined the government’s plans for a national child-care system, including what strings will be attached to any spending. There were also measures to boost the supply of affordable housing and money aimed at greening the economy as the Liberals look to chart a path for promises on climate change. (Global News)

“This federal budget’s investment in supporting families represents one of the most important policy advancement for Canadian women, children and the economy in a generation. This government initiative will assist families in seeking much needed affordable and accessible quality care for children and their family needs but will also mobilize the inception of a childcare system that will position Canada—provinces and territories—to emerge strongly from the pandemic and beyond. As stipulated by renowned economists, there are huge short and long terms benefits for a state and country to invest in early childhood development as research has determined that it reduces deficits and strengthens the economy. Such an investment by our government will not only support the development of children, but also the well-being of family, representing one of the biggest economic payoff for parents, children, and the economy overtime.”

Tina Montreuil is an Assistant Professor in the Department of Educational & Counselling Psychology and an Associate Member of the Department of Psychiatry. Her research focuses on investigating the role of emotion regulation, attitudes, and beliefs on the development and intergenerational transmission of psychopathology and how symptoms of mental health problems might interfere with self-regulated learning in a group context and ultimately, educational achievement.

“As Canada begins to recover from the pandemic, the federal government has the responsibility to tackle the country’s escalating housing crisis through strong new investments in affordable rental housing.”

David Wachsmuth is an Assistant Professor at the School of Urban Planning, where conducts research on urban and regional governance, smart cities, and urban sustainability. He co-authored reports on the impact of Airbnb on Canadian housing markets, and more recently on the effects of short-term rentals in Halifax, Nova Scotia.

“This is perhaps the most important federal budget in a generation. We have never witnessed a longer gap between two federal budgets since 1867. The stakes are very high for the government, as the budget will be followed by a confidence vote. Even if it survives the confidence vote, the Trudeau government is likely to use this budget as a key source of pledges for its next electoral platform, especially if federal elections take place later this year. But above and beyond party politics, this budget is an essential policy document for the country, as it outlines the priorities of the federal government while addressing key issues such as fiscal sustainability, economic recovery, social inequalities, and the fight against climate change.”