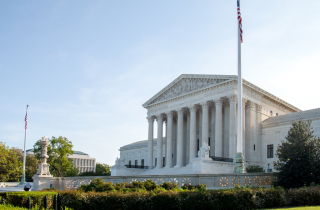 Abortion was already illegal in multiple US states in late June, with bans introduced within hours of Roe v Wade being overturned, as cities erupted in protest at the landmark ruling. It came after the US supreme court abolished the constitutional right to abortion, more than 50 years after it was established, leaving individual states to decide. It is ultimately expected to lead to abortion bans in about half of the states. (The Guardian)

“The overturning of Roe v. Wade marks a continuation of the trajectory of abortion politics in the United States for the last four decades. The decision will undoubtedly negatively impact the ability of American women to access safe access to abortion care for the decades to come. It clearly demonstrates the enduring influence of the anti-abortion movement in American conservative politics.”

Kelly Gordon is an Assistant Professor in the Department of Political Science. Her research interests engage primarily with North American conservatism, particularly in its intersection with gender and race. She is co-author of the award-winning book, The Changing Voice of the Anti-Abortion Movement: The Rise of Pro-Woman Rhetoric in Canada and the United States, which examines the growing importance of female activists and the rise of pro-woman arguments in the anti-abortion movement’s organization and strategies of persuasion.

“Banning abortion might lead those who cannot continue a pregnancy due to medical or social reasons to seek termination of their pregnancy illegally, which could carry serious consequences to the reproductive organs as well as to their health.”

“Leaving aside the extraordinary leak of a draft decision — bringing the administration of justice into disrepute — the expected decision in Dobbs would undermine a half century of progress and civil liberties for American women.”

Pearl Eliadis is an Affiliate Member at the Max Bell School of Public Policy, as well as an Adjunct Professor in the Faculty of Law. A senior lawyer in private practice and with more than two decades of public policy experience in federal and provincial governments, she has led successfully complex, global projects dealing with national institutions, evaluation, and human rights, with in-country missions to China, Ethiopia, Nepal, Rwanda, Sri Lanka, Sudan, Tajikistan and Timor Leste.