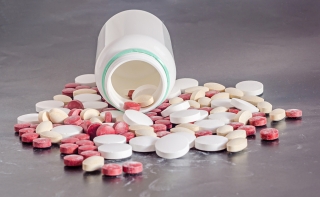 Antidepressant use in North America has increased over the last 2 decades. A suspected reason for this trend is that primary care physicians are increasingly prescribing antidepressants for nondepressive indications, including unapproved (off-label) indications that have not been evaluated by regulatory agencies.

In a study appearing in the May 24 issue of JAMA, Jenna Wong, a Ph.D student in the department of Epidemiology, Biostatistics and Occupational Health, and colleagues analyzed treatment indications for antidepressants and assessed trends in antidepressant prescribing for depression.

The researchers used data from an electronic medical record and prescribing system that has been used by primary care physicians in community-based, fee-for-service practices around 2 major urban centers in Quebec, Canada. The study included prescriptions written for adults between January 2006 and September 2015 for all antidepressants except monoamine oxidase inhibitors. Physicians participating in the study had to document at least 1 treatment indication per prescription using a drop-down menu containing a list of indications or by typing the indication(s).

“The findings indicate that the mere presence of an antidepressant prescription is a poor proxy for depression treatment, and they highlight the need to evaluate the evidence supporting off-label antidepressant use,” the authors write.

The research was supported by the Vanier Canada Graduate Scholarship (Canadian Institutes of Health Research) and the Max E. Binz Fellowship (Faculty of Medicine, McGill University).