A new understanding of mental illness

The causes of psychiatric disorders are poorly understood. Now, in work led by researchers at McGill University, there is evidence that a wide range of early onset psychiatric problems (from depression, anxiety and addictions to dyslexia, bulimia, and ADHD) may be largely due to the combination of just three factors. The first is biological—in the form of individual variability in the brain’s dopamine reward pathway. The second is social—and points to the important role of early childhood neglect or abuse. 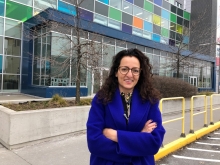 Despite high hopes, a new pan-Canadian study published today in The BMJ suggests that ciclesonide—an inhaled and nasal steroid drug commonly used for asthma and rhinitis—won’t be the treatment to change the course of the pandemic.

Dangers of smoking during pregnancy

Mothers who smoke are more likely to deliver smaller babies even after a full-term pregnancy, increasing the risks of birth defects and neurological disorders later in life, say researchers from McGill University. The team of researchers, which includes Assistant Professor Michael Dahan and Ido Feferkorn of the McGill University Health Care Center, examined the effects of smoking on more than nine million deliveries in the Unites States over 11 years, one of the largest studies to date.

A new study examining the link between peanut and tree-nut anaphylaxis in children and holidays found spikes at Halloween and Easter. The study, led by a team of researchers from the Montreal Children’s Hospital of the McGill University Health Centre (MCH-MUHC), found that most were previously unknown allergies, calling for increased awareness.

The brain gives up more secrets

A research team, led by the Research Institute of the McGill University Health Centre (RI-MUHC) in Montreal, has broken new ground in our understanding of the complex functioning of the brain. 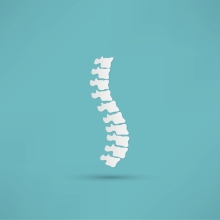 Expectant dads get depressed too

Transition to parenthood can be a difficult life event. It can have an impact on both parents and on the long-term development of the child. While mother’s "baby blues" have been widely investigated, little research has been conducted on antenatal paternal depression.

Illegal marijuana used by 10 per cent of fibromyalgia patients

A new study published in the journal Arthritis Care & Research, led by Dr. Mary-Ann Fitzcharles, a rheumatologist at the McGill University Health Centre, reveals that 13 per cent of FM patients use cannabinoids for relief from symptoms such as widespread pain, fatigue, and insomnia.