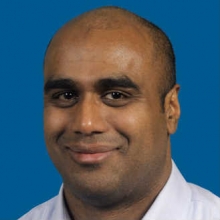 Mallar Chakravarty is interested in the anatomy of the brain. His group focuses on how anatomy changes through development, aging, and in illness and how the dynamics of brain anatomy are influenced by genetics and environment.

He leads the Computational Brain Anatomy (CoBrA) Laboratory at the Brain Imaging Centre. His group is a dynamic multi-disciplinary laboratory that is interested the anatomy of the brain and specifically:

To do so, he uses and develops sophisticated computational neuroanatomy techniques that are able to automatically parse the geometric complexity of brain anatomy.

The members of the group come from diverse backgrounds, including neuroscientists, computer scientists, engineers, and physicists all working towards a common goal of improving our understanding of the structure-function relationships of the brain through health and illness.

We publicly disseminate much of the algorithmic and atlas work that we do in an effort to promote open and reproducible science.