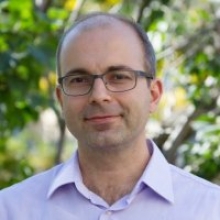 We are interested in the application of signals and systems theory to the life sciences. In this context, we are conducting research related both to algorithm development with a focus on nonlinear and time-varying systems modeling, and their applications to biological/physiological signals and systems, with a focus on cerebral hemodynamics and autoregulation. Specifically, we are conducting research in the following areas:

- Modeling of nonlinear and time-varying dynamic systems: We have developed algorithms for the efficient modeling of nonlinear, multiple-input systems by combining basis expansions with machine learning techniques (network-type models and Bayesian estimation). We have also formulated these approaches in a time-varying (adaptive) context using recursive least squares and Kalman filtering.

- Cerebral hemodynamics and autoregulation: Cerebral autoregulation refers to the ability of the cerebrovascular bed to maintain a relatively constant blood flow in response to changes in perfusion pressure. This is achieved by the synergistic action of multiple homeostatic mechanisms. We have applied nonlinear, multiple-input and time-varying models to investigate the characteristics of these mechanisms during resting conditions as well as experimental interventions such as autonomic blockade, orthostatic stress (lower body negative pressure, head-up tilt) and hypercapnia. In addition to Doppler ultrasound, we have also investigated the regional characteristics of cerebral hemodynamics using BOLD fMRI.

- Time-varying functional brain connectivity: Resting-state networks have recently received a lot of attention as a potential means to obtain biomarkers. Typically, stationary approaches are used to quantify the characteristics of these networks; however, it was been shown that these characteristics vary over time. We are developing methodologies in order to accurately quantify functional brain connectivity, particularly resting-state connectivity. We are specifically interested in using multimodal neuroimaging data (simultaneous fMRI-EEG, MEG) to investigate the time-varying characteristics of resting-state networks over different time scales, as well as quantifying the effect of physiological fluctuations (pressure, arterial CO2, heart rate, respiration) on fMRI-based resting-state connectivity.

- Computational oncology and optimal therapy design for cancer treatment:  We have developed deterministic and stochastic mathematical models that describe tumor growth and the effects of therapy and we have used these to design optimal therapeutic protocols. In collaboration with the Tumor Virology Lab, Dept. of Biological Sciences, University of Cyprus (Dr. K. Strati) we have conducted a series of experiments in transgenic mouse models of skin cancer in order to validate these models and therapeutic strategies.