Full member of the McGill Centre for Translational Research 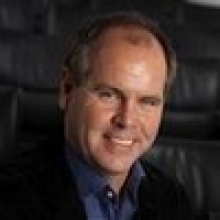 Dr. Rudd’s research focuses on receptors and signalling pathways of T-cells of the immune system that control reactivity and the rejection of tumors. His lab discovered the CD4 and CD8-p56lck complexes and adaptor proteins that initiate the protein tyrosine phosphorylation and activation cascade in T lymphocytes, as well as pathways that account for CD28, CTLA-4 and ICOS co-receptor function. His lab’s work helped to lay the foundation for chimeric antigen receptor (CAR) cancer therapy which employs immunoreceptor tyrosine-based activation motifs (ITAMs) (targets of p56lck) as well as CD28 signaling PI 3K binding motifs that were identified by Rudd's lab. More recently, his lab has identified the serine-threonine kinase, glycogen synthase kinase (GSK-3), as the central regulator of the expression of programmed cell death-1 (PD-1) on T cells and has demonstrated the therapeutic feasibility of small molecules inhibitors (SMIs) of GSK-3 in anti-tumor immunity. The lab also has additional SMIs in the pipeline against other key mediators of T-cell function for translation into clinical trials for the treatment of melanoma and leukemias.