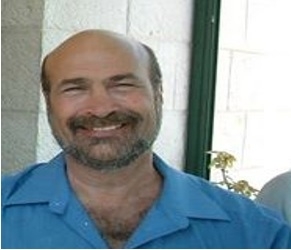 After almost 50 years at McGill, Professor James Torczyner bids farewell. James “Jim” Torczyner was no ordinary professor! He was a “boots on the ground professor and activist” inspiring generations of social workers and students to get out there and advocate for change. Jim came to McGill in 1973 fresh from the University of California, Berkeley, with his MSW and DSW, planning to stay for a few years. Armed with vision, determination and mischievous charm, Jim had the rare gift of persuasion, convincing others to support his dream of changing the world.

During his 49-year tenure as a Professor at McGill, Jim’s accomplishments were nothing short of extraordinary. In his review of Jim’s latest publication, Fighting Poverty and Building Peace from Montreal to the Middle East: Rights-Based Community Practice and Academic Activism in a Turbulent World (Torczyner, 2021), Professor Gil Troy described Jim as a social work “superhero” with a rare mix of grit, guts, and goodness who worked miracles. It’s hard to do justice to his list of accomplishments. In 1975, Jim founded Project Genesis, a grassroots non-profit community organization that empowers people from diverse backgrounds to advocate for entitlements, to change social policy and to develop alternative community organizations. This store-front drop-in centre in the Côte des Neiges area of Montreal today remains a hub for advice and advocacy on housing and welfare, targeting the structural inequities of poverty, racism, and discrimination. In 1981 Professor Torczyner founded the McGill Consortium for Ethnicity and Strategic Social Planning to assist ethnic groups in Canada to articulate community needs through demographic research. Through this initiative, he completed a twelve-volume study of Jewish communities in Canada, a national study of Black communities in Canada and follow up studies of Black communities in Montreal and Toronto. In 1990 Jim founded the Montreal Consortium for Human Rights Advocacy Training (MCHRAT). This University Research Center extended multi-disciplinary expertise to groups that have traditionally lacked access and power. MCHRAT has developed advocacy programs for homeless youths and the severely disabled, assisted in the development of legal services in community-based agencies, and established legal precedent in its defense of the poor against unwarranted state intrusion. In 1993, Professor Torczyner brought the model he developed at Project Genesis to Israel and founded Community Advocacy which independently operates a network of storefront advocacy, outreach, and community organizing services. In 1994, MCHRAT refocused its attention primarily on the Middle East and established The McGill Middle East Program in Civil Society and Peace Building. (www.mmep.mcgill.ca). Working with academic institutions and leading nongovernmental organizations in Israel, Jordan, and Palestine, MMEP has provided some 40 graduate fellowships, assisted in establishing a graduate program in social work at The University of Jordan and three additional centers in Nablus, east Jerusalem, and Amman. It is estimated that his outreach projects have helped over one million people in the Middle East since 1993 - the true number is surely more.

In the classroom, Jim was not the restrained professorial type, quietly generating ideas for research projects with little appeal in the everyday world. Rather, he challenged students with vision and steadfast determination to confront the highest authorities. He was a force to be reckoned with that could stir up dust and speak his mind. He advocated for his clients, spoke their language, understood their needs, and always had their backs. He was dedicated to go to great lengths to fight poverty, racism, and hatred and challenged anyone that got in his way. He inspired many students to pursue social work, activism, and social justice, amongst them some current faculty in the School of Social Work at McGill.

Social activism was in his DNA. Jim learned these skills from his family, dating back to the fifteenth century. A child of Holocaust survivors, he credits his community skills to his parents and grandmother who escaped the Nazi death camps. Their words of wisdom echoed loudly for Jim with the motto “never again, not to anybody”. His mother’s words were instructive: “If you see something, you have to do something”. He lived by this motto. A proud Jew, from an orthodox family, he grew up in a multicultural community in Manhattan’s West side, the site of West Side Story. His love for culture and community was evidenced in his trailblazing lifetime commitment to bridging divides between cultures, religions, and ethnicities. His approach, as seen in his ground-breaking work in Israel, Palestine, and Jordan, was the creation of “storefronts” dispensing advice; his creative forum was training through the MSW program at McGill after which his graduates returned to their respective countries, armed with insights and understandings to tackle the cycle of cultural, social, economic, and political breakdown in the Middle East.

Jim, we are forever grateful for your courage and bravery to go where others have feared, establishing a model for empowerment, social justice and community action that will endure for generations to come. You have been an inspiring and supportive colleague always ready to provide help and mentorship with kindness, openness, grit, caring, and humanity. We thank you and wish you well in this next chapter of continued adventures and inspirational community building.