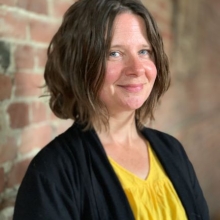 My areas of research interest include South Asian and Tibetan/Himalayan Buddhist literature and historiography and my current research revolves around the life of the 10thShamarpa Chödrup Gyatso (1742-1792), a Tibetan Lama who played a complex role in the fraught relations between Tibet, Nepal and China during the late 18th century. My published work includes Saraha’s Adamantine Songs (2014), a translation and literary analysis of a set of three long esoteric poems composed in the 9th century, and I was also the translator and editor of Shamar Rinpoche’s book Path to Awakening (2009 and 2011). In addition to introductory courses on Buddhism, Buddhist thought and Buddhist Studies, I teach courses on Tibetan Buddhism, Buddhist poetry, and Indian and Tibetan Buddhist tantric traditions. From 2013-18, I was Principal of the Karmapa International Buddhist Institute (New Delhi), where I helped to oversee and implement a curricular transformation that integrates academic and traditional Tibetan methods of teaching and learning. I have been a regular visiting professor at the Rangjung Yeshe Institute (Kathmandu), and in 2018 I was the UBEF Visiting Professor of Buddhist Studies at the University of Sydney. My research has been supported by SSHRC (2008-11) and Bukkyō Dendō Kyōkai (2009), and I am a member of the FRQSC funded research group Groupe de recherche interuniversitaire sur le Tibet et l’Himalaya (GRITH), an initiative that brings together academics in Québec carrying out research about the greater Himalayan region (https://www.grith.fss.ulaval.ca/en).

Jones, Ryan (working on concepts of lineage and the history of Surmang monastery)

Moevus, Adrien (M.A. granted 2019), To Be Tantric or Not to Be: An evaluation of themodern scholarly debate on Maitrīpa’s Mahāmudrā and a textual analysis of his Amanasikāra cycle.

Divall, Jennifer (M.A. granted October 2014), Songs of a wandering yogi: mgur as a distinctly Tibetan genre in the verse of Godrakpa.

Samuelson, Anna. (M.A. granted May 2012), He dances, she shakes: the possessed mood of nonduality in Buddhist tantric sex.

Stenzel, Julia (M.A. granted May 2008), Saraha and the Mahāmudrā Tradition (from University of the West).