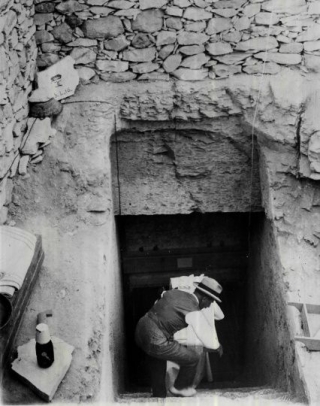 “It would be difficult to describe our emotions”. This play explores the events that may have happened on November 24, 1922 when Lady Evelyn Carnarvon of Highclere Castle (a.k.a. Downton Abbey) revealed a few truths to Howard Carter the day before he opened the Tomb of Tutankhamen.

Reserve in advance: redpath.museum [at] mcgill.ca

Everyone welcome / Bienvenue à tous. Not suitable for children.