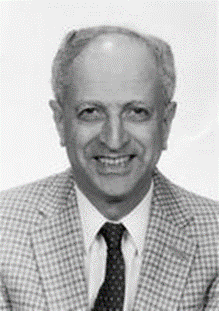 It is with great sadness that we announce the passing of our dear colleague, Dr. Harry Goldsmith, Ph.D. Harry was born in Nuremberg in 1928. His family fled Nazi Germany in 1938 and established itself in the UK during the war. Harry read Chemistry at Oxford, obtaining his B.A. in 1950 and B.Sc. in 1951. He later worked for Imperial Chemical Industries in Manchester before coming to Canada to take up a teaching post at the Royal Military College in Kingston. It was in Kingston that he met and married his wife Valerie (née Lefevre), who predeceased him in 2006. They moved to Montreal, settled in Montreal West, and began a family.

In the Department of Physiology, Harry gave lectures on blood flow in our intermediate physiology course, during which he showed marvellous movies made in his lab of the flow of blood through vessels whose walls had been made transparent, allowing direct visualization of phenomena such as central streaming of red blood cells and vortex formation at vessel bifurcations. For many years he was also the coordinator of the course “Advanced Applied Cardiovascular Physiology” (EXMD 506), which many of our undergraduate Physiology students continue to take as an upper-level elective.

During his 50 years at McGill, Harry collaborated with eminent hydrodynamicists and physiologists such as Stanley G. Mason, Theo G. M. van de Ven, and Mony M. Frojmovic. His distinguished scientific research career, which focused on the rheology of blood, was recognized with the Landis Award of the American Microcirculatory Society and the Poiseuille Medal of the International Society of Biorheology, both received in 1984. In addition, he served as President of the International Society of Biorheology (1983–86) and President of the North American Society of Biorheology (1990–92). A synopsis of his major contributions, appearing on the occasion of his 80th birthday, can be found here: https://www.ncbi.nlm.nih.gov/pmc/articles/PMC3711017/.

The Department of Physiology extends its condolences to his daughters Anne and Claire, and his entire family on the passing of this true gentleman.