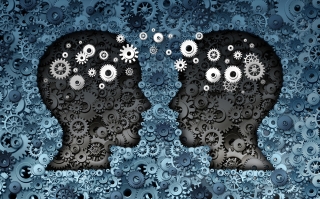 $3.5 million gift from McGill alumnus and long-time university supporter, Victor Phillip Dahdaleh, will make a major contribution to the field of brain research at the University and provide expanded support to the Victor Dahdaleh-Clinton Foundation Scholarship program.

The announcement of the donation was made on May 26th during a reception at the High Commission of Canada in the United Kingdom. Dahdaleh is McGill’s largest donor from the UK in terms of cumulative giving with a lifetime contribution of more than $5 million.

Today’s landmark gift includes an initial $2 million to be used toward the financing of a new endowed Chair in Neurosciences and a further $1.5 million for the funding of up to 32 scholarships for McGill students in need of support, building on a program begun in 2007. The donation will be matched dollar-for-dollar from McGill and other funders.

Dahdaleh commented, “I am honoured to support McGill’s ground-breaking work in neuroscience and to expand my commitment to a new generation of international students by providing scholarships to one of the world’s finest institutions of higher learning.”

“Victor Dahdaleh has been a loyal and generous supporter of McGill for many years and has demonstrated exceptional commitment to higher education in Canada and in the UK,” said McGill’s Principal and Vice-Chancellor, Suzanne Fortier. “His gift will benefit key priorities of our University by advancing research in a critical area of discovery and providing valuable scholarship support that will open McGill to more deserving students, regardless of financial constraints.”

Gordon Campbell, Canada’s High Commissioner to the United Kingdom, expressed his appreciation for the gift and the impact it will have on education and research in Canada.

‘We are delighted to host this historic announcement at Canada House,” he said. “This generous contribution from a McGill alumnus will not only support neuroscience research, but also ensure that Canada continues to play an active role in providing a world-class education to talented students from around the world.”

McGill University is one of Canada’s top institutions of higher learning and one of the leading universities in the world. With students coming to McGill from some 150 countries, its student body is the most internationally diverse of any research-intensive university in the country. Its 11 faculties and 11 professional schools offer more than 300 programs of study to some 40,000 graduate, undergraduate and continuing studies students. McGill ranks 1st in Canada among medical-doctoral universities (Macleans) and 24th in the world (QS World University Rankings).

An accomplished Canadian entrepreneur based in the UK and McGill graduate, Victor Phillip Dahdaleh has remained strongly connected to his alma mater and committed to supporting its key academic and research priorities over many years. He has served as trustee of the McGill University Trust since 1994. The UK-based trust supports programs and initiatives across McGill, notably the McGill University Trust Scholarships for UK students wishing to study at the university.

Mr Dahdaleh is well known for his philanthropic and leadership contributions in support of education, health-related research, and the promotion of closer relationships between Canada and other countries. He has provided support through his charitable Foundation and personally to a range of organizations worldwide including York University in Toronto, St Francis Xavier University in Nova Scotia, the London School of Economics, the William J. Clinton Foundation and is the principal sponsor of the Canada Gallery at the Canadian High Commission in London.

Mr Dahdaleh is owner and chairman of Dadco and affiliated companies. Dadco is a privately owned investment, manufacturing and trading group. He also holds several positions within other non-profit organizations.

He is an Honorary Fellow of the London School of Economics; has been a governor since 1995 and is a leading donor to the school. He is a board trustee of the William J Clinton Foundation; a Past-President of the Canada-UK Chamber of Commerce (2004-2009), a board member of the International Aluminum Institute (IAI) and a Fellow of the Duke of Edinburgh Award World Fellowship.