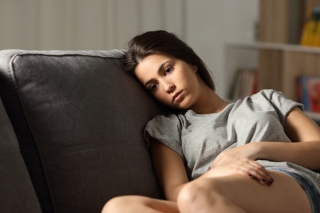 “It is unexpected and counterintuitive,” says Nancy Heath, a professor in the Department of Educational and Counselling Psychology at McGill and a co- author on the paper that was published today in Canadian Psychology. “We all expected that those ‘at risk’ due to prior mental health difficulties would be the most vulnerable to the COVID-19 stressors. However, those university students without mental health concerns are consistently and significantly more negatively impacted by COVID-19. Our explanation is that social isolation is hitting those without prior mental health difficulties much harder.”

Weathering the loneliness of social isolation

The study compared the results of two surveys of close to 800 students, who answered questions online about their mental health and wellbeing, initially in May 2019, and then again in May 2020. 74% of the students were female, 25% were male and 1% were other. Their average age was 18. The survey questions were designed to elicit information about a range of areas including recent stressful experiences, social support, depressive symptoms, difficulties in emotional regulation, non-suicidal self-injury, symptoms of anxiety along and alcohol dependence, among other subjects.

Analyses for mental health indicators after the survey in May 2020 showed that among students with pre-existing mental health concerns, there had been decreased levels of stress, sadness, depressive symptoms, anxiety and perceived burdensomeness over time. In contrast, students without pre-existing mental health concerns showed increasing stress, sadness, depressive symptoms, anxiety and burdensomeness over time.

“Our findings underscore the fact that universities will need to continue to support the ongoing needs of students with pre-existing mental health challenges,” adds Heath. “However, our findings suggest that universities should also prioritize developing early intervention and prevention programming for students for whom the pandemic may be particularly challenging, such as students who are beginning to show declining mental health in response to increasing social isolation.”

To read “When social isolation is nothing new: Psychological distress during COVID-19 among university students with and without pre-existing mental health concerns” by C. Hamza et al in Canadian Psychology/ Psychologie canadienne