Search and rescue in the Arctic 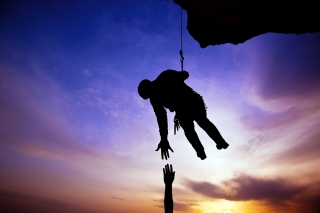 Search and rescue operations in Nunavut have more than doubled over the past decade. In the communities of the vast northern Canadian territory, it’s commonly felt that climate change is one factor making hunting riskier in the spring and fall.

A new study shows a strong link between environmental conditions and search and rescues cases across Nunavut, moving scientists closer to understanding the impact of climate change on Inuit.

“Hunting and travelling on the land and sea are an essential component of food security and cultural identity for many in Nunavut. The effects of climate change threaten this way of life for the Inuit.” says Dylan Clark, a member of the Climate Change Adaptation Research group headed by McGill geography professor Prof. James Ford.

To conduct the study, Clark used data from Canada’s National Search and Rescue Secretariat for search operations in 2013 and 2014 in communities across Nunavut, along with weather records from Environment Canada. He also used gasoline sales in Nunavut communities to identify days when people may have gone out on ATVs, snowmobiles or boats.

“We wanted to be able to say there were a lot of people out on this particular day and no one needed a search, but very few people were out on another day and the search was needed,” Clark says. “Now, what were the weather conditions on each of those days?" Clark found that the risks peak around -3 C, confirming what he had been hearing from community members.

“This study puts us one step closer to understanding climate change impacts on land safety,” Clark says.  “Hunters may want to take extra precautions when they go out on those days and search and rescue volunteers may want to ensure they're ready for a mission. Now that we know environmental conditions are linked to risk, we will need to look at the bigger picture to understand how social and environmental changes are interacting to impact risk”.