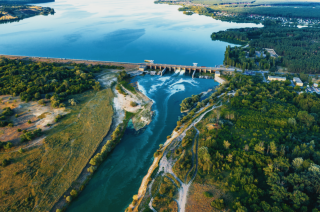 To meet the most ambitious 1.5º C climate goal requires a rapid phaseout of fossil fuels and mass use of renewables. However, new international research by McGill University and the Institute of Environmental Science and Technology of the Universitat Autònoma de Barcelona (ICTA-UAB) warns that green energy projects can be as socially and environmentally conflictive as fossil fuel projects. While renewable energies are often portrayed as being environmentally sustainable, this new study cautions about the risks associated with the green energy transition, arguing for an integrated approach that redesigns energy systems in favor of social equity and environmental sustainability. The research, which analyzes protests over 649 energy projects, has been recently published in the journal Environmental Research Letters.

The study, authored by an international group of researchers with a large presence of the ICTA-UAB and led by McGill’s Leah Temper, draws on data from the Global Atlas of Environmental Justice (EJAtlas), an online database by ICTA-UAB that systematizes over 3000 ecological conflicts. The research examines what energy projects are triggering citizen mobilizations, the concerns being expressed as well as how different groups are impacted, and the success of these movements in stopping and modifying projects.

The study finds that conflicts over energy projects disproportionately impact rural and indigenous communities and that violence and repression against protesters was rife, with assassination of activists occurring in 65 cases, or 1 out of 10 cases studied. However, the study also points to the effectiveness of social protest in stopping and modifying energy projects, finding that over a quarter of projects facing social resistance turn out to be either cancelled, suspended, or delayed. Furthermore, it highlights how communities engage in collective action as a means of shaping energy futures and make claims for localization, democratic participation, shorter energy chains, anti-racism, climate-justice-focused governance, and Indigenous leadership.

According to Prof. Temper, "the study shows that the switch from fossil fuels to green energy is not inherently socially and environmentally benign and demonstrates how communities are standing up to demand a say in energy systems that works for them. These results call for action to ensure that the costs of decarbonization of our energy system do not fall on the most vulnerable members of our society." The study urges climate and energy policymakers to pay closer attention to the demands of collective movements to meaningfully address climate change and to move towards a truly just transition.

The study finds that amongst low-carbon energy projects, hydropower is the most socially and environmentally damaging, leading to mass displacement and high rates of violence. Out of the 160 cases of hydropower plants from 43 countries studied, almost 85% of the cases are either high or medium intensity. Indigenous peoples are particularly at risk and are involved in 6 out of 10 cases. Co-author Dr. Daniela Del Bene, from ICTA-UAB, urges caution around large-scale renewables. "The case of hydropower dams shows that even less carbon-emitting technologies can cause severe impacts and lead to intense conflicts, including violence and assassinations of opponents. The energy transition is not only a matter of what technology or energy source to use but also of who controls and decides upon our energy systems," she says.

On the other hand, wind, solar, and geothermal renewable energy projects, were the least conflictive and involved lower levels of repression than other projects.

According to co-author Sofia Avila, "conflicts around mega wind and solar power infrastructures are not about ‘blocking’ climate solutions but rather about ‘opening' political spaces to build equitable approaches towards a low-carbon future. For example, in Mexico, long-lasting claims of injustice around an ambitious Wind Power Corridor in Oaxaca has spearheaded citizen debates around a just transition, while different proposals for cooperative and decentralized energy production schemes are emerging in the country."

According to Prof. Nicolas Kosoy, from McGill University, "participation and inclusiveness are key to resolving our socio-environmental crises. Both green and brown energy projects can lead to ecological devastation and social exclusion if local communities and ecosystems rights continue to be trampled upon."

The study argues that place-based mobilizations can point the way towards responding to the climate crisis while tackling underlying societal problems such as racism, gender inequality, and colonialism. According to Dr. Temper, addressing the climate crisis calls for more than a blind switch to renewables. Demand-side reduction is necessary, but this needs to work in tandem with supply side approaches such as moratoria and leaving fossil fuels in the ground are necessary. "Equity concerns need to be foremost in deciding on unminable and unburnable sites. Instead of creating new fossil fuel and green sacrifices zones, there is a need to engage these communities in redesigning just energy futures", she says.