​​​​​​​Predicting the transmission of rare, genetically based diseases 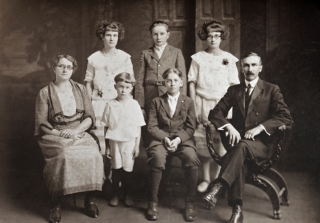 There are only 25 people in the whole of Quebec at the moment who have a rare recessive genetic disease called chronic atrial and intestinal dysrhythmia (CAID). It is a serious disease that affects both heart rate and intestinal movements. A McGill-led research team has been able to trace the gene mutations underlying the disease back to two European founding families who arrived in the province in the 17th century. To track the transmission histories of these rare mutations, the researchers developed a sophisticated computational process, which took two weeks to run, that should help them and others trace a range of other genetically based rare diseases. They hope to extend their search techniques to tracing the transmission histories of more common genetically based diseases in the future and to identify new genetic variants responsible for rare diseases.

The researchers were able to trace the origin of CAID by using Quebec’s BALSAC genealogical database, which provides a single connected genealogy of over 3.4 million individuals spanning four centuries. Their goal, in doing so, was to predict in which parts of the province the disease is most likely to appear in future generations, depending on the areas where there are the greatest numbers of carriers of the recessive gene that causes the disease. They believe this information may help the medical system save money on CAID testing in future, since decision-makers will be able to focus on screening for the disease in regions of the province, such as Charlevoix or Saguenay, where there are greater numbers of predicted carriers of the recessive gene that causes the disease. This maps shows the researchers’ estimates of the frequency of the CAID allele throughout Quebec. The highest frequency is predicted in Charlevoix, even though most reported cases were in the Saguenay and Beauce.

Q+ A with lead researchers, Simon Gravel and Dominic Nelson

1- How many people does the disease affect in Quebec now?

While only 25 patients (who have two copies of the CAID mutation) have been identified, there are thought to be around 25,000 healthy individuals carrying one copy of the CAID mutation in the province of Quebec. Knowing where in the province these carriers are likely to be is important when advising couples whether they should undergo tests to determine whether they are at risk of having a child affected by CAID.

2- How difficult would it be, potentially, to apply these kinds of searches to other kinds of genetically based diseases – and what would it take to make it work? What are the limitations of this kind of search?

This project was designed from the start to be applicable to any rare genetic disease. As long as we can identify at least 5-10 carriers of a mutation and connect them to a genealogical database, we can estimate in which parts of Quebec it will be more or less common.

While any single one of these rare genetic diseases will affect only a few couples, it is estimated that 2% of them are at risk of having a child affected by one of them. This may not sound like a lot, but if we assume there are roughly 1 million couples in the province of Quebec, that still adds up to 40,000 individuals.

We are currently limited to studying rare genetic diseases, mostly because this is what we set out to do. We are still extending our method though, and hope to be able to study more common diseases soon.

3- Was there anything that was particularly, exciting, difficult or challenging about the research?

This is an extremely computationally demanding problem, because there are an enormous number of possible ways for a mutation to appear and spread in the population. Even after using elaborate math tricks to speed up our algorithm a million, trillion, trillion times, it still takes around 2 weeks to complete. The reward though is that we can now use the same tricks to analyze a large number of rare diseases and only need a dozen or so cases to learn about disease risk in the whole population.

We are particularly excited by the possibility of using this approach to identify new disease-causing mutations. Genomics research has transformed the way we study rare diseases. Combining genomics tools with the unique genealogical resources available in Quebec provides a unique opportunity to identify the cause of rare genetic diseases.