Only fifteen minutes of fame? 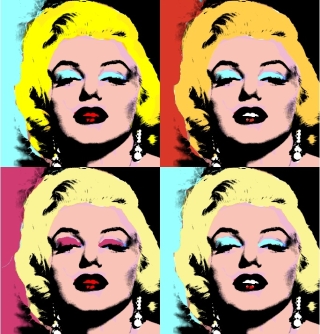 Talent, resources or chance events may propel an individual into the spotlight. But once someone becomes truly famous, they tend to stay that way. Temporary celebrity is highly unusual and is to be found primarily in the bottom tiers of the fame hierarchy, such as when people like whistle blowers become famous for a limited time for participating in particular events.

This is even true of entertainment, where it might appear that fame is likely to be most ephemeral. For example, in a random sample of 100,000 names appearing in the entertainment sections of newspapers during the period 2004-2009, the ten names that appeared most frequently were Jamie Foxx, Bill Murray, Natalie Portman, Tommy Lee Jones, Naomi Watts, Howard Hughes, Phil Spector, John Malkovich, Adrien Brody, and Steve Buscemi. All have been celebrated for at least a decade and all are still much talked about today.

It’s a finding that goes against most of the scholarly research until now. “There is almost a consensus among scholars in the field of the sociology of fame that most fame is ephemeral,” says Prof. Shor. ”What we’ve shown here that is truly revolutionary is that the people who you and I would consider famous, even the Kim Kardashians of this world, stay famous for a long time. It doesn’t come and go.”

Indeed, the annual turnover in the group of famous names is very low. Ninety-six percent of those whose names were mentioned over 100 times in the newspapers in a given year were already in the news at least three years before. The authors point out that this can be explained by the fact that both media and audiences are trapped in a self-reinforcing equilibrium where they must continue to devote attention, airtime and newspaper space to the same old characters because everyone else does so as well.

In general, big names follow career-type patterns of growth, sustenance and gradual decay over the course of decades. Van de Rijt explains: “As with all sociological regularities, our claim is not absolute. We can all think of examples of both types, fleeting and long-term fame. Leonard Cohen is still well known today, over forty years after he first became famous. But Chesley Sullenberger, the pilot who received instant fame after safely landing a disabled plane on the Hudson, is a name that will likely be forgotten pretty quickly. What we have shown is that Leonard Cohen is the rule and Chesley Sullenberger the exception.”

The researchers acknowledge that there is further work to be done with data from blogs, television, and video sharing sites like YouTube to see whether the same patterns hold true for those vehicles.

For the abstract of the article in the American Sociological Review: www.asanet.org