New hope in the fight against superbugs

Discovery could lead to design of next-generation antibiotics 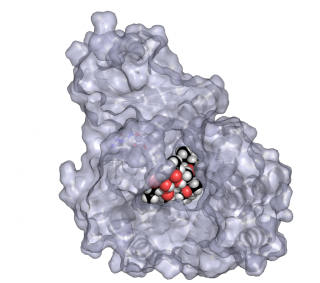 Antibiotic resistance is a growing global health threat. So much so that a 2014 study commissioned by the Prime Minister of the United Kingdom predicted that, if the problem is left unchecked, in less than 35 years more people will die from antibiotic resistant superbugs than from cancer. It is critical that researchers develop new antibiotics informed by knowledge of how superbugs are resistant to this medication.

To help on this front, in a new paper published in the journal Structure, researchers from McGill University present in atomic detail how specific bacterial enzymes, known as kinases, confer resistance to macrolide antibiotics, a widely used class of antibiotics and an alternative medication for patients with penicillin allergies. The study shows for the first time how these kinases recognize and chemically destroy macrolide antibiotics.

A discovery seven years in the making

While these kinases were known previously to scientists, uncovering precisely how they work at a chemical and structural level was not an easy process. “In 2009 we began cloning and trying to produce large amounts of these enzymes for our studies,” explains Dr. Albert Berghuis, Chair of the Department of Biochemistry at McGill University’s Faculty of Medicine and the study’s senior author. After over a year of tweaking the process to assemble enough material, the next step was trying to make “kinase” crystals, similar to sugar crystals. These were then irradiated with X-rays at the Canadian Light Source in Saskatoon.

It took an additional three years to generate these crystals and analyze the data from Saskatchewan. “This finally provided us with an atomic view of the kinases and how they bind different macrolide antibiotics,” Dr. Berghuis says. Yet this atomic level image was analogous to a picture of a complex machine that incorporates unfamiliar technology, he adds. The image didn’t explain how that machine actually works. As a result, almost three more years were required to figure out how the different parts of the kinase confer resistance to different macrolide antibiotics.

“In the end, we now know exactly how superbugs confer resistance to macrolides using these kinases,” explains Dr. Berghuis. “This allows us to make small changes to these antibiotics such that the kinases can no longer interact with these drugs, which will make the next-generation antibiotics less susceptible to resistance by superbugs.”

The next steps will be to develop these new and improved macrolide antibiotics --, which Dr. Berghuis estimates will take another two to three years -- and to then test them. But this is only one element needed to combat the growing prevalence of superbugs. “Antibiotic resistance is a multi-faceted problem, and our research is one aspect that should be placed in the context of other components, such as curtailing the over-use of antibiotics,” notes Dr. Berghuis. “Only when a comprehensive multi-pronged strategy is used can we hope to successfully address this global health threat.”

This research was funded by the Canadian Institutes of Health Research (CIHR) with assistance from the Canadian Macromolecular Crystallography Facility at the Canadian Light Source in Saskatoon.