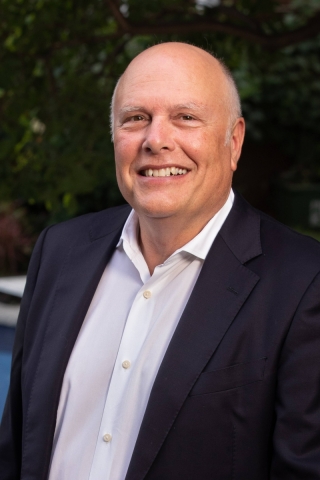 As an entrepreneurial geologist, Bob Wares, (BSc’79, DSc’12), became a mining rock star when he discovered one of Canada’s largest gold deposits in the Abitibi region of Quebec. Now, he is bringing that Midas touch to his alma mater in the form of a landmark $5-million gift that will support research programs, fellowships, innovative research, a lecture series and outreach efforts in McGill University’s Faculty of Science, with a particular focus on his home department, Earth and Planetary Sciences (EPS).

The gift will provide immediate impact for students and faculty in five targeted areas:

- the Wares Science Innovation Prospectors Fund, designed to support innovative, high-risk research by funding up to four promising projects a year from researchers across the Faculty of Science;

- a Recruitment and Outreach Coordinator Fund, supporting the activities of a coordinator to liaise with CEGEPs and high schools in an effort to attract more students to EPS studies at McGill;

- the Wares Postdoctoral Fellowships, which will provide funding for up to four EPS postdoctoral fellows each year pursuing earth science research.

“We would like to thank Bob Wares for this exceptional gift and for his continued support of McGill,” said Suzanne Fortier, Principal and Vice-Chancellor of McGill University. “This donation will make an immediate impact on our Faculty of Science and will greatly enhance important research, education and out-of-classroom student experiences in the Department of Earth and Planetary Sciences.

A graduate of EPS, Wares has been a longtime supporter of McGill, contributing to the Faculties of Science and Medicine. In 2009, Wares and his company, Osisko Mining Corporation, contributed $4.1 million to endow two faculty research awards, undergraduate and graduate level scholarships and a field trip fund in the Department of Earth and Planetary Sciences, with part of the gift matched by the J.W. McConnell Family Foundation. Wares has supported McGill every year since 2009 and his latest gift brings his total McGill support to date to over $10 million. As a volunteer and member of the Faculty of Science Advisory Board, he has also been exceptionally generous with his time and insights.

“Bob has had a tremendous impact on our Faculty and I am grateful for his involvement, his ideas, and his perspective as a business leader,” said Bruce Lennox, Dean of the Faculty of Science. “His continuing commitment to our students and researchers is an invaluable asset, particularly to Earth and Planetary Sciences.”

A mining industry leader and innovator, Wares has been dubbed a ‘rock star’ in the field because of his remarkable success in assessing, finding and launching various mining exploration projects over the course of his 40-year career. Together with two associates, he founded Osisko Mining Corporation in 2003, and, against all odds, the fledging company eventually developed the Canadian Malartic mine, which, to this day, remains the largest single gold producer in Canada, with initial reserves of 11 million ounces of gold. In 2012, Wares received an Honorary Doctorate from McGill in recognition of his achievements in the field of applied economic geology.

“I’m very pleased to have this opportunity to support McGill, the Faculty of Science and EPS,” said Wares, who is currently Executive Vice-President of the new Osisko Mining and Executive Chairman of Osisko Metals. “I’m particularly pleased to support field trips and experiential education, which are so important to students in Earth and Planetary Sciences.”