McGill’s number of highly cited researchers grows, while Canada maintains rank of sixth among all nations. 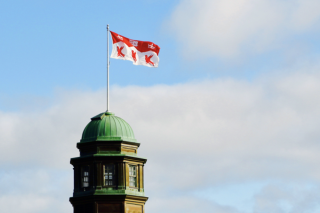 By Meaghan Thurston (Office of Research and Innovation)

The annual Highly Cited Researchers™ list from Clarivate Analytics was released today and 14 of McGill’s most influential academics have made the cut. They join 6,167 researchers from more than 60 countries and regions who have demonstrated significant influence in their chosen field or fields through the publication of multiple highly cited papers during the last decade. Their names are identified from the publications that rank in the top 1% by citations—work that is frequently referenced by other researchers—for field and publication year in the Web of Science™ citation index.

By recognizing researchers with high citation impact—rankings based on millions of citations—the list celebrates both the reach and the influence of international research in 21 fields of study. Seven among the 14 McGill researchers named this year are recognized for their substantial influence in more than one of these fields (cross-field). Since 2014, McGill’s researchers have consistently made the Highly Cited Researchers™ list. Nine of the researchers appearing on the 2020 list are there for a second year in row. Prof. Andrew Hendry (Redpath Museum and Department of Biology) has been recognized multiple times and Dr. Alan Evans (Department of Neurology and Neurosurgery) has appeared on the Clarivate list annually since 2014.

“We celebrate the achievements of the McGillians who are among the most highly cited researchers in 2020”, said Prof. Martha Crago, Vice-Principal, Research & Innovation. “That their work is shared so widely is tangible evidence of McGill’s impact across disciplines and over time, while also demonstrating the international importance of innovation in research.”

McGill’s 14 HCRs, and their fields of study, are:

*Editor's note: Dr. Amit Bar-Or is no longer with McGill (The Neuro) but the window of citations reviewed for this program spans a decade of work.