May the force be with you: detecting ultrafast light by its force 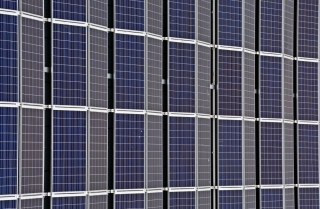 A McGill research team has developed a new technique to detect nano-sized imperfections in materials. They believe this discovery will lead to improvements in the optical detectors used in a wide range of technologies, from cell phones to cameras and fiber optics, as well as in solar cells.

The researchers, led by Professor Peter Grutter from McGill’s Physics Department, used atomic force microscopy to detect the ultrafast forces that arise when light interacts with matter. In their paper, published this week in PNAS, they demonstrate that forces arising from two, time-delayed light pulses can be detected with sub-femtosecond precision (these are millionths of a billionth of a second) and nanometer spatial resolution in a wide range of materials.

Improved technique for using light to detect imperfections in materials

“To understand and improve materials, scientists typically use light pulses faster than 100 femtoseconds to explore how quickly reactions occur and determine the slowest steps in the process,” explains Zeno Schumacher, the paper’s first author who was a post-doctoral fellow in Grutter’s lab when the research was done and is now based at ETH Zurich. “The electric field of a light pulse oscillates every few femtoseconds and will push and pull on the atomic-sized charges and ions that comprise matter. These charged bodies then move, or polarize, under these forces and it is this motion that determines a material’s optical properties.”

Real materials used in solar cells (also known as photovoltaics) and in the optical detectors used in equipment like cell phones and cameras have many imperfections and defects of different types that are very difficult to characterize, as they are typically only a nanometer in size. Moreover, it has been very challenging to identify and study the ‘hot spots’ and ‘weak links’ in the materials that can slow down or hinder light induced processes because traditional techniques for detecting imperfections average over differences in properties at a larger area.

Seeing nanoscale imperfections in a range of materials

The new technique developed by the McGill team combines ultrafast nonlinear optical methods with the high spatial resolution of atomic force microscopy. They have demonstrated that their technique works on an insulating non-linear optical material (LiNbO3) as well as a nanometer thin, two-dimensional semiconducting flake of molybdenum diselenide (MoSe2), an inorganic compound used in optical and scanning-probe microscopy.

“Our new technique is applicable to any material, such as metals, semiconductors and insulators,” says Peter Grutter, the senior author on the paper. “It will enable use high spatial and temporal resolution to study, understand and ultimately control for imperfections in photovoltaic materials. Ultimately, it should help us improve solar cells and the optical detectors used in a wide range of technologies.”