Marine species in St.Lawrence Estuary endangered by rapid drop in levels of oxygen 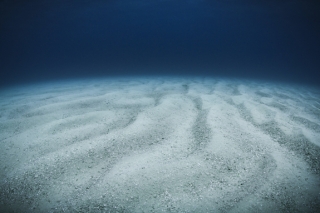 On three succeeding research cruises, the most recent being in October 2021, scientists from McGill University, Concordia University, l’Institut des sciences de la mer (ISMER) in Rimouski, the Réseau Québec Maritime (RQM), and the Marine Environmental Observation, Prediction and Response Network (MEOPAR), report that the level of dissolved oxygen at depths of over 250 metres in the LSLE are now at less than 10% saturation. At these concentrations, many fish, including cod, cannot survive over extended periods of time and the composition of the benthic community, such as crustaceans and molluscs, is strongly modified. If oxygen concentrations decrease further, the water could become devoid of oxygen (anoxic) and all macrofauna (fish, and benthic organisms) would simply disappear.

If this were to occur, the bottom waters could become enriched in toxic heavy metals and dissolved sulfides. The upwelling of these waters, at the head of the Laurentian Channel near Tadoussac, would also potentially have a disastrous impact on the marine fauna that proliferates in the surface water of this region.