Keeping our balance - a tale of two systems

Our vestibular system reflects evolution from sea to land 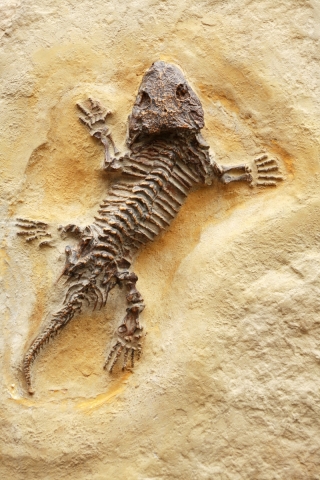 The transition from being sea creatures to living on land, even if it happened over 300 million years ago, seems to have left its traces on the way we keep our balance today.

“It’s a discovery that is likely to be controversial,” says Kathy Cullen, the senior researcher on a paper on the subject that was published recently in Nature Communications. She has been working on this problem for over a decade with her colleague Maurice Chacron who also teaches in McGill’s Department of Physiology.

“What we’ve found is that there are two sensory channels that transmit information to the brain about how we move around in the world using fundamentally different approaches. No one has ever demonstrated anything of the kind before,” says Cullen. “But what is even more exciting to us is that we believe that the different ways that each of these channels sends information to the brain is a legacy of the differences between needing to navigate in water and in air.”

Two types of neural signaling to keep us in balance

By recording and analyzing the activity in the brains of macaques during movements experienced in their daily lives – doing things like foraging, walking, running, climbing and grooming – the researchers found that there were two very different kinds of signals being sent to their brains as the monkeys moved around.

“Scientists already knew that there were two different types of receptors that sense motion in the inner ears of animals that live on land, but we’ve never really understood why before,” says Mohsen Jamali whose PhD research at McGill is responsible for the discovery. He is now a post-doctoral fellow at Harvard. “We found that it’s because there are two very different kinds of signals that are being transmitted to neurons in the brain to keep us in balance. One is like the fluid stylings of a crooner sliding slowly from one note to the next, the other is rapid and very precisely timed – a bit like the beat of a drum,as it responds to a guitar solo.”

Changing sensory environments of move from sea to land

The researchers believe that the different kinds of signals used by these two channels to give us a sense of how we move around in the world are related to the major evolutionary changes in our pasts. They are, in fact, no less than echoes of the different strategies needed to navigate the changing sensory environments in which we were living.

“If you can imagine swimming in the sea, you have a sense of the resistance of water along with its muffling, almost viscous effect. So it makes sense that information about our movements would be transmitted to our brains using these smooth, slowly varying patterns that resemble the peaks and dips of sound in a singer’s voice,” says Chacron. “But because on land there is far less resistance than in the water, as we move around we need to be able to perceive and be prepared to react with extreme rapidity in order to keep our balance. That’s where timing with millisecond precision becomes important.”

Now that they have identified that these two separate channels exist in the inner ear to send varying kinds of sensory signals to the brain to keep us in balance, the researchers are concentrating on trying to gain a better grasp of how the brain interprets and processes this information. Indeed, Kathleen Cullen is currently working with colleagues at Johns Hopkins University in Baltimore to improve the design of vestibular implants to better help those with vertigo and balance disorders. The first clinical trials of the implants are currently in progress, and Cullen is eager and excited about this new information being put to use to improve the lives of patients suffering from vertigo and balance disorders.