Drawing inspiration from nature, researchers from McGill University have developed a medical adhesive that could save lives 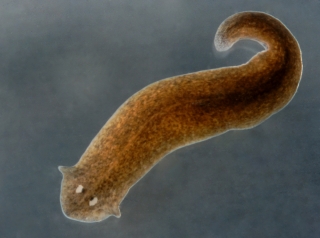 Every year around 2 million people die worldwide from hemorrhaging or blood loss. Uncontrolled hemorrhaging accounts for more than 30% of trauma deaths. To stop the bleeding, doctors often apply pressure to the wound and seal the site with medical glue. But what happens when applying pressure is difficult or could make things worse? Or the surface of the wound is too bloody for glue? Drawing inspiration from nature, researchers from McGill University have developed a medical adhesive that could save lives, modeled after structures found in marine animals like mussels and flatworms.

“When applied to the bleeding site, the new adhesive uses suction to absorb blood, clear the surface for adhesion, and bond to the tissue providing a physical seal. The entire application process is quick and pressure-free, which is suitable for non-compressible hemorrhage situations, which are often life-threatening,” says lead author Guangyu Bao, a recently graduated PhD student under the supervision of Professor Jianyu Li of Department of Mechanical Engineering.

In putting the new technology to the test, the researchers found that the adhesive promotes blood coagulation. The adhesive can also be removed without causing re-bleeding or even left inside the body to be absorbed. “Our material showed much better-improved safety and bleeding control efficiency than other commercial products. Beyond bleeding control, our material could one day replace wound sutures or deliver drugs to provide therapeutic effects,” says senior author Professor Jianyu Li.