Camilla Townsend receives US$75,000 – the largest reward for a work of non-fiction in English – for the first-ever history based solely on texts written by the Aztec people 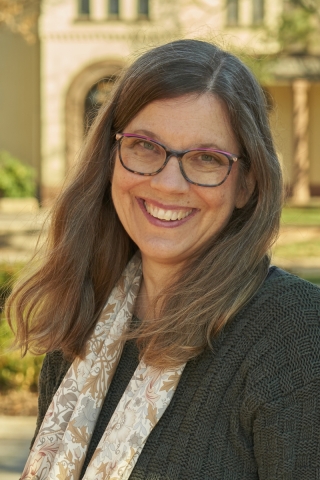 The winner of the 2020 Cundill History Prize is Camilla Townsend, Distinguished Professor of History at Rutgers University, for Fifth Sun: A New History of the Aztecs (Oxford University Press USA). The announcement was made during the virtual Winner Ceremony of the leading international history prize, administered by McGill University. Prof. Townsend receives US$75,000 – the largest reward for a work of non-fiction in English.

The event was broadcast live in partnership with History Hit and concluded the inaugural Cundill History Prize Festival, a two-day program of virtual events for a global audience.

Townsend is an award-winning historian and the author of numerous books, including Malintzin’s Choices: An Indian Woman in the Conquest of Mexico, Pocahontas and the Powhatan Dilemma, and The Annals of Native America: How the Nahuas of Colonial Mexico Kept Their History Alive.

The story of the Spanish conquistador Hernando Cortes’ fateful meeting with Aztec emperor Moctezuma in 1519 – and what happened afterward – has been told many times, but never like in Fifth Sun. Previously, the only accessible viewpoint on Aztec history was that of the Spanish. Prof. Townsend used previously obscure and rarely consulted Nahuatl language sources – detailed histories written by the Indigenous people of Mexico – to create an engaging revisionist history that gives an authentic historical voice to the native Mexicans of centuries ago.

“Camilla Townsend revolutionizes how we should look at Aztec society before, during and after the arrival of Europeans in Central America,” says Peter Frankopan, 2020 Chair of the Jury. “After more than 500 years, we are finally able to see history through the eyes of the Indigenous people themselves rather than those of their conquerors. Not many books completely transform how we look at the past. This is one of those that does.”

The Winner Ceremony also recognized the two runners-up of this year’s prize: Vincent Brown, Professor of American History and African and African American Studies at Harvard University, for Tacky’s Revolt: The Story of an Atlantic Slave War; and the award-winning, best-selling British historian William Dalrymple, for The Anarchy: The Relentless Rise of the East-India Company. They each receive a Recognition of Excellence Award and US$10,000.

“2020 was never going to be an ordinary year for the Cundill History Prize,” said Antonia Maioni, Dean of the Faculty of Arts at McGill University, at the conclusion of the Cundill History Prize Festival. “But as we started navigating the pandemic, we felt, perhaps more strongly than ever, how important a function our prize is playing in bringing the very best history writing to readers – as guidance, as perspective, as a grounding in historical fact when so much is in a constant, confusing shift.”

The Cundill History Prize recognizes and rewards the best history writing in English. A prize of US$75,000 is awarded annually to the book that embodies historical scholarship, originality, literary quality and broad appeal. The two runners-up each receive US$10,000. The Cundill History Prize is administered by McGill University in Montreal and awarded by five distinguished jurors. It honours the abiding passion for history of its founder, F. Peter Cundill, by encouraging informed public debate through the wider dissemination of history writing to new audiences around the world.

F. Peter Cundill (1938-2011), a distinguished alumnus of McGill University, was a philanthropist, sportsman, diarist, and renowned global investor. A voracious reader and inveterate traveller, F. Peter Cundill had an abiding passion for history: he believed that it was possible to comprehend the present and arrive at a measured perspective about the future only by first understanding the past. This led him to found the Cundill History Prize. The Peter Cundill Foundation continues to support charities, research projects, and educational and enterprise gifts to young people.