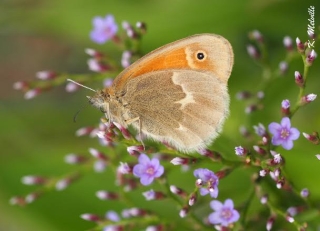 Though they make up less than 6% of Earth’s surface, wetlands burst with biodiversity and play a key role in cleaning waterways, preventing floods, and sequestering carbon. For World Wetlands Day on February 2, researchers from McGill University are launching interactive story maps to illustrate the valuable contributions these ecosystems make to our planet.

Wetlands are uniquely defined by water-saturated soil subject to seasonal or permanent flooding. They support a disproportionately high number of endangered species, such as the Maritime Ringlet Butterfly. “The world’s entire population of the Ringlet is restricted to Chaleur Bay in northern New Brunswick and the southern coast of the Gaspé Peninsula in Québec. As a result, the future of this species is intimately linked to the future of the salt marshes there,” says Gail Chmura, an Associate Professor in the Department of Geography.

According to the researchers, saltwater marshes are some of the world’s most efficient reservoirs, continuously absorbing and holding atmospheric carbon. Soil from the Bay of Fundy salt marshes presently stores more than 52 million tonnes of carbon dioxide – equivalent to the average emissions of more than 11 million vehicles over a year.

All this underscores the importance of conserving, if not increasing, these natural reservoirs, they say. “Extensive historical losses of Canada’s salt marshes and the many services they provide to society makes what’s left a precious resource that requires our continued protection, and wherever possible the restoration of those lost wetlands,” says Chmura.

About the story maps

This project was undertaken with support from Environment and Climate Change Canada and the New Brunswick Wildlife Trust Fund. The story maps can be viewed here: