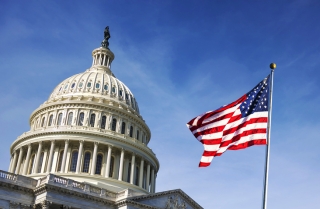 Democrat Joe Biden defeated President Donald Trump to become the 46th president of the United States on Saturday, November 7, positioning himself to be a leader who "seeks not to divide but to unify" a nation gripped by a historic pandemic and a confluence of economic and social turmoil. Biden crossed the threshold of 270 electoral college votes with a win in his home state of Pennsylvania. (CBC News)

“Canada-U.S. relations have faced daunting challenges since the beginning of the Donald Trump presidency and many Canadians followed very closely the recent U.S. elections for a very simple reason: because the outcome truly mattered for Canada. The victory of Joe Biden should significantly alter, and possibly improve, Canada-U.S. relations.”

“The 2020 presidential election epitomized how America stands far more polarized than other Western democracies. Its intense polarization has old roots. They have not only shaped a striking factual divide, but also conflicting views over issues like the basic role of government, wealth inequality, gender, religion, race, guns, criminal justice, foreign policy, and beyond. Many of these divides are interrelated and may remain significant after the election, unless a paradigm shift occurs.”

“Joe Biden won by doing two things: first, he mobilized traditional Democratic voters– – lower income people, highly-educated professionals, women, visible minorities, urbanites, etc. – somewhat better than Hilary Clinton did in 2016, resulting in crucial surpluses of votes in the ‘blue’ counties of Pennsylvania, Michigan, and Wisconsin, plus Georgia. Second, he won over a modest number of independent voters, largely due to the incessant chaos of the Donald Trump years and the related botching of the COVID-19 pandemic. He ran as a moderate, because he is a moderate, and in this way, he was a believable and relatable candidate. However, Trump voters, rich and poor, turned out for their champion. Very few ‘red’ counties from 2016 switched to blue. It's crucial to recall that Trump also retained the support of traditional conservatives who hate taxes, unions, and regulations – because in many ways Trump is a traditional conservative who hates taxes, unions, and regulations. The Trump alliance – built on white, conservative, rural, and religious voters – remains strong.”