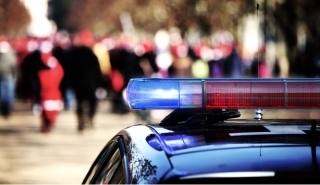 Demonstrators gathered to denounce racist violence and police impunity both in the U.S. and in Montreal. The death of George Floyd in Minneapolis has sparked nightly protests in major U.S. cities. The Montreal rally was a solidarity gathering with American anti-racism activists, but organizers say it is also an opportunity to express their own anger at the treatment of marginalized people in Quebec and elsewhere in Canada. (CBC News)

“The police will continue to remain a threat to the lives of Black and Indigenous communities unless we acknowledge the larger narrative of a colonial paradigm. Whiteness throughout history and still today, has provided the lens through which all institutional structures were built. Law enforcement in a society where Black people’s existence cannot be separated from the role of “other’”, is a contemporary manifestation of how governments have used violence to subjugate Black and Indigenous communities for centuries.”

Alicia Boatswain-Kyte is a social worker with over ten years of clinical experience working with marginalized individuals, families and groups. Her research interests center around the systemic oppression of racialized individuals and how this contributes to their unequal representation within systems of social control. Alicia advocates for transformative social change within institutions and social policies to ensure that all individuals and groups are able to participate as full and equal peers within society. She is involved with several community organizations aiming to improve the health and social outcomes for Black children and families in Montreal.

“Anti-black racism, specifically the unprovoked executions of black people by police and vigilantes, is the legacy of chattel slavery and the regime of racial terrorism that has dictated black-white relations since the U.S. Civil War and Reconstruction. As a society founded on racial caste – that is, freedom and veneration afforded to white people compared to the outright subjugation and dehumanization of black people – the United States continues to experience racial strife because it has never truly confronted its past and thus it cannot comprehend its present situation. It is this racial powder keg that has mythologized Canadian society as racially harmonious, despite our own national fault lines.”

Wendell Nii Laryea Adjetey is a historian of post-Reconstruction United States, specializing on the African American experience. Broadly, he studies the intersections of the United States, Canada, and African Diaspora.

In both the United States and Canada, the police disproportionally surveil and mistreat Black people. Part of the solution is to reform police practices and disciplinary procedures. But the problem is also much bigger, because white people more frequently call the police in situations that involve Black people. As a result, police bias cannot be eliminated without also addressing deep-seated stereotypes and interests among whites.

Jan Doering is an Assistant Professor in the Department of Sociology. He studies race and ethnicity, politics, and neighborhood change.