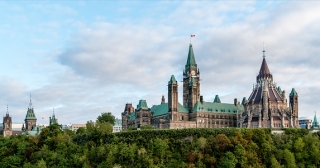 Here are experts from McGill University that can provide comment on these topics:

“Canada is facing an international environment that is much less hospitable to its interests and values than has been the case in many decades. This will be the background challenge for our new Minister of Foreign Affairs”.

Jennifer M. Welsh is the Canada 150 Research Chair in Global Governance and Security at McGill University. She was previously Professor and Chair in International Relations at the European University Institute in Florence, Italy and Professor in International Relations at the University of Oxford, where she co-founded the Oxford Institute for Ethics, Law and Armed Conflict. From 2013-2016, she served as the Special Adviser to the UN Secretary General, Ban Ki-moon, on the Responsibility to Protect.

"The effectiveness of a carbon pricing policy comes from the certainty that can be given with a steady, transparent, and committed rise in price over time. This allows for households and firms to make good long-term decisions at minimal extra cost."

Chris Barrington-Leigh is an Associate Professor at McGill University. He works with the Institute for Health and Social Policy, the McGill School of Environment, and is an Associate Member in McGill's Department of Economics. His research focusses on environmental economics and climate change policy.

“Selecting members of a federal cabinet is always a balancing act as the Prime Minister has to take into account several factors when appointing ministers. In addition to personal experience and competence, issues of gender equality, ethno-racial diversity, and regional representation are front and centre and, this time around, the lack of Liberal MPs in Alberta and Saskatchewan creates unique puzzles concerning the last regional representation.”

Daniel Béland is Director of the McGill Institute for the Study of Canada and Professor of Political Science at McGill University. Since 2012, he has held the Canada Research Chair in Public Policy (Tier 1) at the Johnson-Shoyama Graduate School of Public Policy. He specializes in the fields of Canadian and comparative politics, as well as the study of public policy, including social policy.