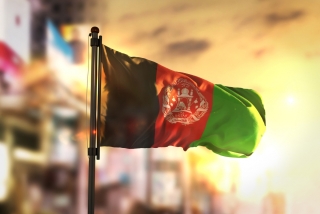 Taliban insurgents entered Kabul after previously taking control of all of Afghanistan's other major cities apart from the capital. Prior talks between the Taliban and the Afghan government on a political understanding that could lead to a peace deal, backed by the United States and its allies, have failed to make significant progress. (CBC News)

“As an Afghan woman who grew up under the extreme oppression of the first Taliban regime, I was horrified to see the scenes unfolding in Kabul and throughout Afghanistan this week. The withdrawal of U.S. and NATO troops from the country have left many Afghan nationals struggling for survival and fearing for their basic human rights. This is especially true for our women and girls who will no longer have the opportunity to go to school and who will suffer immensely under Taliban rule. Western and other nations must step forward to assist the Afghan people, those trying to flee and, most importantly, those who cannot.”

Safia Amiry is a PhD candidate in the Department of Integrated Studies in Education and a research assistant for Define the Line, a McGill-led research collective that addresses sexual violence, gender-based violence, and cyberbullying in classrooms, on university campuses, and in society at large. Her research looks at at the role of women in the peace-building process in post-conflict countries, especially Afghanistan.