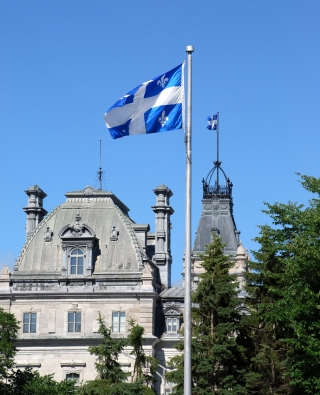 The long-awaited bill clad with extensive measures to strengthen and protect the role of the French language in Quebec has been unveiled after months of discussions. Bill 96 aims to “reinforce” French as the “common language” in the Quebec nation and seeks to change the Canadian Constitution to ensure that French is recognized as the only official language of the province. (Global News)

"The Bill presents a vast array of measures of different kinds, some of them quite administrative and technical, and others much more far-reaching. The three that will likely be the focus of debate are, first, the ‘wall-to-wall’ application of the notwithstanding clause for the second time (after its use in Bill 21) to immunize the legislation against potential challenges grounded in considerations of individual rights; second, the proposed unilateral modification of the Constitution, affirming the status of Quebec as a nation and the status of French as the sole common language of the nation; and third, the narrowing of access to English CEGEPs. These three pose ethical, philosophical, constitutional and administrative issues which, I hope, will be thoroughly discussed as the Bill is debated in the National Assembly and in society at large".