Expert: Ontario government's use of notwithstanding clause in union dispute 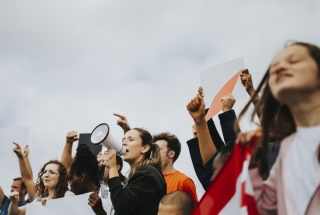 The Ontario government filed an application with the labour board to stop job action from a union of 55,000 education support workers who walked off the job to defy the passing of a bill that stripped them of their right to strike. On November 3, Ontario used the Constitution’s notwithstanding clause to strip an education workers union of its right to strike in an attempt to avoid disrupting classrooms. However, many schools were closed Friday, and more than a million students were at home, as the union defied the government and walked out. (Globe and Mail)

“The Ford government’s invocation of the Charter’s notwithstanding clause to prevent a school workers strike in Ontario may be extreme, but it is part of a long tradition of federal and provincial governments overriding workers’ rights and the collective bargaining process to get their way in labour negotiations. The difference this time is that the Supreme Court of Canada affirmed in 2015 that the rights to engage in collective bargaining and to strike are part of workers’ Charter-protected freedom of association. It is alarming to see how cavalierly the Ford government treats these fundamental rights instead of negotiating in good faith. For its part, CUPE’s decision to defy the back-to-work legislation will be a test of the old labour adage that there is no such thing as an illegal strike, only an unsuccessful one.”

Barry Eidlin is an Associate Professor in the Department of Sociology. As a comparative historical sociologist, his research explores the changing relationship between social mobilization, political processes, and ideology in advanced capitalist democracies.