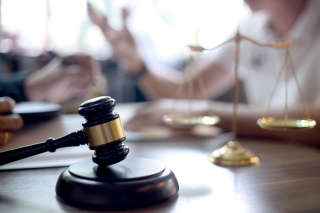 Disgraced self-improvement guru Keith Raniere, whose followers included millionaires and Hollywood actors, was sentenced to 120 years in prison on Tuesday, October 27 for turning some adherents into sex slaves branded with his initials. The sentencing was the culmination of several years of revelations about Raniere's program, NXIVM, which charged thousands of dollars for invitation-only self-improvement courses at its headquarters near Albany, N.Y., along with branches in Mexico and Canada. (CBC News)

“Sex trafficking, sexual violence, and rape are extremely harmful and are known to be associated with many short and long-term difficulties in terms of psychological, physical, relational, and sexual health. In the context of Raniere’ victims, there is the added layer of betrayal trauma and abuse of power. The young women trusted him, maybe even saw him as a father figure, and were relying on him given his position as the leader and his promises of self-help. I am happy to hear in this case that the survivors were believed and supported by the judge, as the judicial system can often be a place of re-traumatization for survivors of sexual violence. I am sure that most victims feel heard, seen, and that justice is done with a sentence like this one.”

Rachel Langevin is an Assistant Professor in the Department of Educational and Counselling Psychology and the Director of the Resilience, Adversity, and Childhood Trauma Research Lab. Her main research interests are in child development and understanding risk and protective factors for psychopathology, as well as mechanisms for the intergenerational continuity of trauma and violence.