Expert: Millions of Texans are still without power as winter storms continue 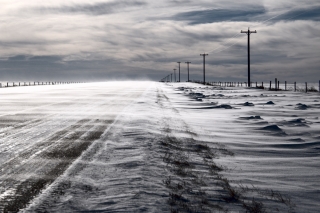 “What is taking place in Texas is beyond a perfect storm; close to a full week of consecutive below freezing temperatures is unprecedented and was not even considered in wild worst case planning scenarios. Texas has a considerable capacity to generate and maintain energy supplies, but we need to recall that electricity demand in Texas peaks in summer. Electricity shortages were therefore inevitable, a problem that has been compounded by a stressed natural gas supply. Moreover, the situation is worsened by Texas’ electricity market structure which relies on short-term high price signals (with current prices in the range of $9000/MWh) to stimulate long term capacity investments. As a result, it is difficult to make sure its power generation capacity is adequate at all times.”

François Bouffard is an Associate Professor and a William Dawson Scholar in the Department of Electrical and Computer Engineering. His research interests are in the fields of power system economics, reliability, control and optimization. Secondary skills and interests include operations research, data science, mixed-integer and stochastic optimization techniques for power system operation and planning.