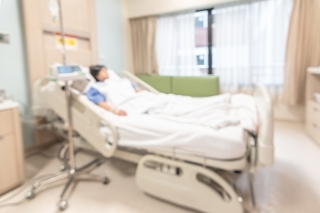 Hurrying to meet a looming court deadline, the federal government has given Canadians two weeks to weigh in on how far to extend access to medical aid in dying. Along with online consultations, federal cabinet ministers will be holding in-person discussions with experts across the country. (CBC)

“The original law passed by the Liberal government in response to the Carter decision struck many of us as far too restrictive, given the criteria laid down in the Carter decision by the Supreme Court in a very strongly worded unanimous decision. This impression was confirmed by the decision of Judge Baudouin. It is therefore a very welcome development that the Federal government has decided to review its legislation, and to consult Canadians as to how best to go about changing it.”

Daniel Weinstock was appointed Director of the McGill Institute for Health and Social Policy in 2013, and named a James McGill Professorship in 2014. He has been an active participant in public policy in Québec, having been a member from 1997 to 1999 of a Ministry of Education working group on religion in public schools, and from 2003 to 2008, the founding director of Quebec’s Public Health Ethics Committee.